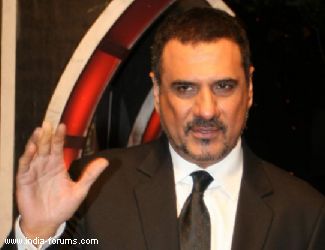 Actor Boman Irani rues that celebrities are not given enough credit for their efforts towards social causes despite the fact that they are always the first ones to lend a helping hand.

"I think you don't give our celebrities enough credit. I think there are very few people in society who give their life and time to causes such as this. Do you find bankers or hoteliers sitting over here? They are not here. There are many celebrities who come for a good cause," he said.

"Whenever there is a catastrophe or a disaster, the first people who come out and raise funds will be people from the film industry. So, I think it's a little unfair to knock my community down," he added.

The 52-year-old was talking on the sidelines of the launch of the book "Not like Most Young Girls", a compilation of selected short stories about the plight of sex workers.

Meanwhile, Boman, who has done films like "Munnabhai M.B.B.S", "3 Idiots" and "Well Done Abba" with social messages, believes it is important to induce a generous dose of entertainment into a issue-based film to make it appealing to the audience.

"The audience is getting the message anyway. It is not possible to portray a book realistically in a film because people watch movies to entertain their families. If we can give a message combined with entertainment, it's good but then it will never be the same as the book," he added.

Boman's next release will be "Housefull 2" and he is also working on "Shirin Farhad Ki Nikal Padi" with Farah Khan, for which he even half-stripped.