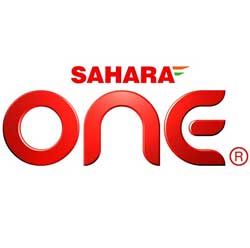 Celebrity Cricket League (CCL), an initiative combining the two most popular forms of entertainment - cinema and cricket is set to bring together Bollywood and the southern film industry to play the game of cricket this June.

For the first time in India, the film fraternities from southern film industry – Tamil, Telugu, Kannada and Bollywood will come together to play in the T20 format. This multi-starrer action entertainer will kick-start from Saturday, 4th June, 2.30 p.m. onwards at Bengaluru and will be telecast live on Sahara One. Celebrity Cricket League (CCL) aims to bring entertainment to another level by mixing film industry with India's most loved sports Cricket.

Mumbai Heroes will be led by Suniel Shetty as its captain and Ritiesh Deshmukh as vice-captain.
Superstar Salman Khan will be the iconic player for Mumbai Heroes.

The opening ceremony of Celebrity Cricket League will be on Saturday, June 4 at 2.30 p.m.
This ceremony will be a grand affair with a performance by 1200 drummers and Indian singing
sensational singer Sonu Nigam.

Celebrity Cricket League is an idea to combine Cricket and Cinema to produce one sensational mixture of entertainment for audience. It is for the first time in India that the film fraternities from South and Bollywood will battle each other for the coveted top spot a la the Cricket way, live on a Hindi GEC. So do not miss the action-packed extravaganza that is all set to evoke a sky-high adrenaline rush; what with so many superstars being seen in one place, at one time.
13 Likes

salmankhanrulz 9 years ago all da best salman
love you
mwah!!!!!!!!

sweet_angel27 9 years ago Hey does anyone know if they're going to be showing it live in USA, cause it didn't say on the tv guide?!

aish_punk 9 years ago the teams are'nt that good! =/

shinyclassic 9 years ago i would have missed this if not informed,,thanks alot

prachimishra85 9 years ago thanks for informing... will watch for Shabz

coolgirl09 9 years ago really is it?????
surya is part of dis den ill surely watch it for him...
iam a big fan of surya...
all da best telugu warriors (venkatesh)