Many Bollywood personalities will be watching every move of the ball either live or glued to television sets at home, pubs and resorts with friends or family members.

Actor Rahul Bose plans to go to the stadium for all three matches. 'I have watched the first semi-final and will be watching today's (Saturday) match too. I will also go for the finals.'

Asked who was he supporting, the actor said: 'I was supporting Mumbai Indians, but they lost because of bad luck. Now, as they are out, I will just watch the game as a lover of sport.'

Filmmaker Ashok Pandit said: 'It does not matter who wins. Every team comes from some part of our country. I cannot say that I like one particular team. The team who plays well should win.'

Pandit said Bollywood has been in the thick of things in all the major happenings in the country.

'Whether any natural calamity or happy occasion, Bollywood has always actively participated in all the events,' Pandit claimed.

Punjabi Pop singer Sukhdev said Yuvraj is his favourite player and he will be rooting for him through out the game.

'But to win a game, the team should play well. A single player cannot win a match. Everyone has to perform as a team to make it to the finals.'

'I will be watching the game at my friend's place on a big screen and cheer my team,' said the singer. But what if his team loses? The singer said 'My second favourite is Rajasthan as it has Shane Warne.' 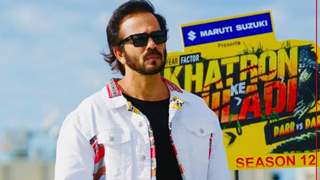