As always, Bollycurry is back again with Celeb in the Spotlight! Our celebrity for this week is the talented Jimmy Shergill!

Shergill was born in a Sikh Jaat family in Gorakhpur, Uttar Pradesh, India on December 3rd, 1970. His family then moved to P 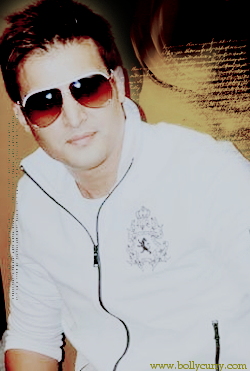 atiala a year later where he studied at the Punjab Public School, Nabha, then went on to finishing his education at Government Bikram College of Commerce, Patiala.

Along with his Bollywood career, Jimmy has also dedicated some of his time to the Punjabi film industry. He has done 5 Punjabi films to date which consist of Mannat, Yaara Naal Baharan, Tera Mera Ki Rishta, Munde U.K. De, and Mel Karade Rabba. His last and most recent, Mel Karade Rabba was a commercial success and a bigger hit than the Hindi films released that very day.  He is currently working on another bi-lingual Punjabi movie called Dharti which brings most of the cast of Mel Karade Rabba together once again.

Along with the big screen, the actor recently appeared on the TV show Aahat to promote his film A Flat with co-star Hazel.

As for this Punjabi hero's love life he is married to Priyanki Puri from Delhi. The couple have a son named Vir.