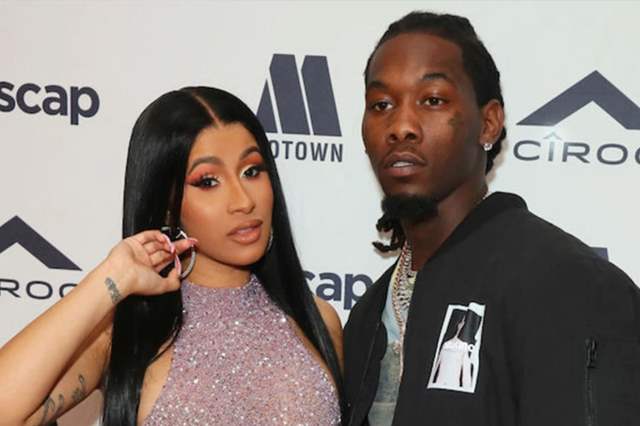 Singer Cardi B is ending things with husband, Offset. According to a report in E! News, the online court records state that Cardi B filed for dissolution of her marriage with Offset in Fulton County in 14th September.

The couple even have a two year-old daughter named Kulture.

According to court documents obtained by E! News, Cardi and her legal team said the marriage is "irretrievably broken" and "there are no prospects for a reconciliation." She is asking for child support from Offset and hopes the divorce "will be settled by agreement of the parties."

As pop culture fans know, this Hollywood power couple has experienced plenty of highs and lows in their love story. After the pair secretly got married in Sept. 2017, Cardi confirmed in Dec. 2018 that they were calling it quits.

But after Offset publicly pleaded with his wife for forgiveness after admitting to infidelity, the pair agreed to work on things for their daughter.

"When me and my husband got into our issues—you know, he cheated and everything—and I decided to stay with him and work together with him, a lot of people were so mad at me," Cardi shared in Vogue's Jan. 2020 issue. "A lot of women felt disappointed in me."

The rapper continued, "But it's real-life s--t. If you love somebody and you stop being with them, and you're depressed and social media is telling you not to talk to that person because he cheated, you're not really happy on the inside until you have the conversation."

Sandip Ssingh Files a Defamation Suit Against Those Spreading 'Fake' ...

6 Iconic Dialogues Every True Mirzapur Fan would Use in Real ...
9 minutes ago

Yami Gautam and Vikrant Massey collaborate for Mohsin ...
45 minutes ago