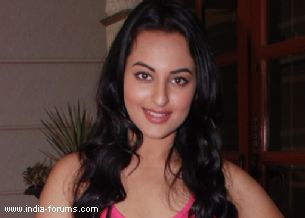 Actress Sonakshi Sinha, who has worked under acclaimed filmmaker Tigmanshu Dhulia's direction for the first time in "Bullet Raja", says the movie is his most commercial project ever.

"This is Tigmanshu's most commercial film. Also, after 'Omkara', Saif will be seen in a rustic and earthy avatar, so that is something I am looking forward to in 'Bullet Raja'," Sonakshi told IANS.

However, she is quick to point out that "even though this is Tigmanshu's most commercial film, he has not left the main essence of his style of filmmaking, which is hard-hitting with heavy dialogues.

"It's made on a grander scale and he gave me complete freedom to do my role my way."

Bigg Boss 14: Kavita Kaushik shuns reports of being a part ...
10 minutes ago