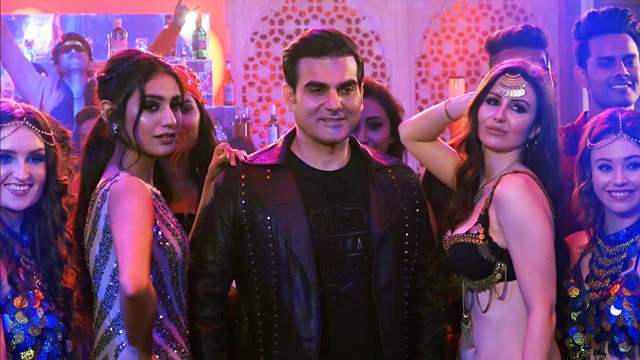 Actress Giorgia Andriani will soon be seen in the film "Sridevi Bungalow" with a surprise element along with Arbaaz Khan and Priya P. Varrier as she appears with them in an item number for the movie. She is known for her crucial role as an Indo-French agent in the regional OTT series "Karoline Kamakshi."

Recently, the surprise element has been disclosed, Giorgia Andriani will be giving a hit dance number in the film 'Sridevi Bungalow and not only this but some of her dance BTS are also finally out now. In the BTS we can clearly see that Giorgia's debut with Sridevi Bungalow is going to be a hit in Bollywood.

''I enjoyed very much the whole process from learning the choreography to shooting in such a fun environment, and quite confident that Mudassar Khan’s hook steps will be a success,'' Giorgia said while talking about her experience.

On the professional front, she will be debuting with an item number in the movie Sridevi Bungalow, as well as she will soon set foot in Bollywood with her debut in "Welcome to Bajrangpur", opposite Shreyas Talpade. The film is set to be plotted around the lines of an NRI woman who visits a village and her journey to adopt the village.

Even after seven decades of independence, are we really ...
-42 seconds ago