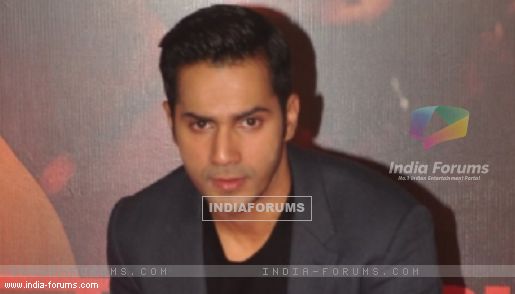 Varun Dhawan has brushed aside a comparison between his "Badlapur" avatar and that of Shahid Kapoor in "Haider", saying the only reference for the get-up was his brother Rohit's bearded look.

"It has no resemblance to Shahid Kapoor's 'Haider'. Shahid played a boy from Kashmir in 'Haider' and I am playing an ad executive from Maharashtra in 'Badlapur'," the 27-year-old said here Tuesday at the teaser launch of "Badlapur".

The film's teaser was released online and since then it has been getting a positive response. In "Badlapur", audiences will get to see raw and deadly side of the actor, who has shed his loverboy image for this dark and intense revenge drama, directed by Sriram Raghavan.

"Vikram dada, who is a National Award winner, has constructed this look along with other artists. So genuinely there is no reference for this look, except my brother Rohit Dhawan's bearded look," he added.