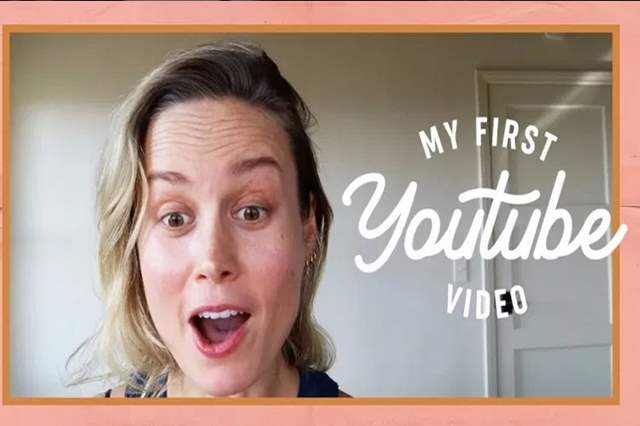 Continuing the rather common but effective trend of having own YouTube channels, actor Brie Larson has now launched her own channel after making a splash at the movies with films like Room and Captain Marvel.

With a video full of bloopers, giggles, awkward zoom-ins and short interviews, Larson launched her very own YouTube channel on Thursday. The actress said that she decided to join the video platform because it's where she has learned so much, from using her printer to how to be a considerate activist.

"This is the place to talk about things that are important and that matter," she said. "It doesn't mean that there isn't also silly content, that there's ways for me to express myself personally, but there will also be deep conversations, anti-racist rhetoric, inclusive content."

The actress' YouTube launch comes after stars including John Krasinski have taken to the video platform during the coronavirus pandemic. Krasinski's Some Good News, which sold to ViacomCBS in May, highlighted uplifting stories from fans and followers.

Larson's first video, titled So I made a decision...,  featured short interview clips with a number of YouTube stars. The first clip sees Larson with Justine Ezarik learning how to use the platform and struggling to find the record button. Hot Ones host Sean Evans, Swoozie, Lilly Singh, Connor Franta and Michelle Khare are some of the other YouTube personalities Larson chats with.

She asks them for advice on how to be a successful YouTube personality and how to come up with new ideas. Her guests suggest talking about feelings, creating entertaining sketches, redesigning rooms, directing short films and, overall, just starting with content that interests the actress.

Throughout the video, Larson talks to her guests about potential collaborations including one on Fortnite with Singh and an Animal Crossing: New Horizons get-together with Ezarik.

"I used to make movies in my garage as a kid every summer; it's not dissimilar to what I'm doing right now," Larson tells Evans. "I'm back to the beginning. I feel like I'm 15 again which is pretty cool."

Larson concluded her video by highlighting Black creators and artists including Mj Rodriguez, Janet Mock and Tessa Thompson and asked her viewers to check out their work and social media pages.

The Captain Marvel star also noted that despite the advice and encouragement she received from the YouTubers, she's still feeling a mix of excited and nervous about launching her channel.

"I'm feeling nervous. I think that we're on a train here and we're going," she said.

YouTube Star Speaks Out After Being Robbed at Gunpoint