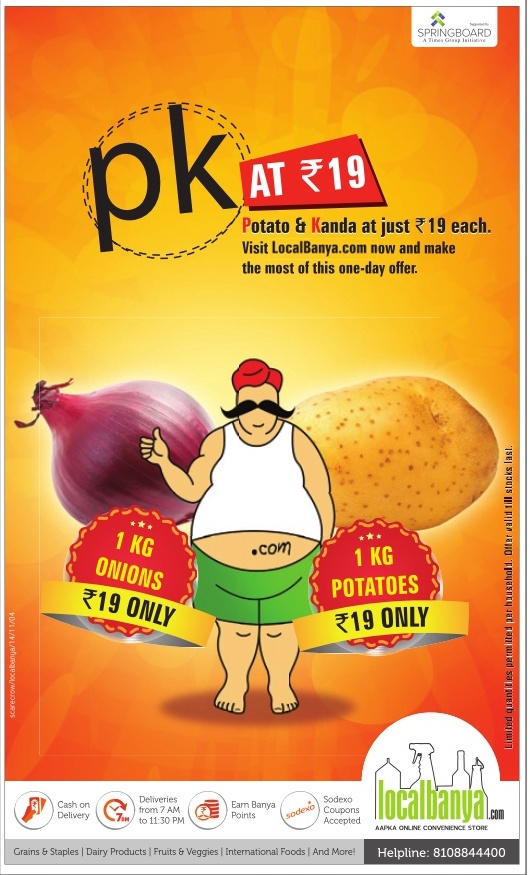 Rajkumar Hirani is contemplating taking legal action as a lot of brands are cashing on the popularity of his next film, P.K. He is seeking legal advice to explore what can be done.

He has been buried with editing work and has had no time to be noticing things around him. When people around him showed the advertisement and the merchandise item he was shocked.

The film created a huge stir among the audiences right from the release of its first poster. From that day, the level of interest in PK has been increasing day by day and everyone is very curious to know more about the film.

We now hear of some brands taking advantage of this situation. The director recently came across an advertisement of a web portal using PK to sell grocery items like Potato and Kaanda (Onion) on their website. They are even cashing on the release date as the value is same Rs 19.

On another instance, inspired by the most talked about transistor, we got to know of a merchandise company using it to sell card holders. Merchandise was showcased only last week. Everyone even in the film unit is eyeing Transistor as it's become a coveted item. Anushka had also made this request. Yes, their card holders are in the shape of a mini transistor.

When the director Rajkumar Hirani heard about this, he was perplexed as he was not aware of this before. The director is now contemplating on taking a legal action against them. He will be meeting his internal legal person to discuss the matter and take advice on how to tackle this situation.

"I was done seeing myself as an accessory and I vowed...": Anushka ...