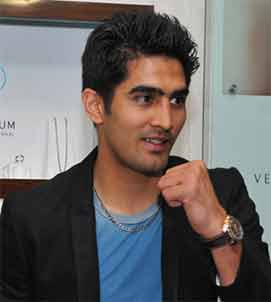 In the ad, shot by ace photographer Anil Chawla, Vijender is seen showing off his knuckles and posing next to the tagline - "Knock out cruelty: Boycott animal circuses".

"Animals cherish their freedom every bit as much as we do, but circuses deny them their freedom and every other form of natural expression. I'm asking people across India to help knock out cruelty by never attending a circus that uses animals", Vijender said in a statement.

On the work front, the boxer is warming up for his Bollywood - Akshay Kumar and Ashwini Yardi's Grazing Goat Pictures' "Fugly", set for June release.