View Profile
Following her announcement that there will be a sequel to Once Upon a Time in Mumbai, Ekta Kapoor has also expressed her desire to start work on Shootout at Lokhandwala 2. 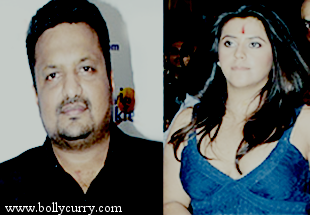 However, they now seem to have made personal amends, so much so that Ekta has talked Gupta into stalling his most recent project (a Hong Kong crime-thriller adaptation) and instead prioritize working with her on the said sequel.

This time round, the story is said to be based on a 1982 Mumbai encounter. Also, the original cast is likely lose Sanjay Dutt, who unlike Ekta, has still not reconciled with once close friend and business partner Gupta. These two apparently had fallen out over the film crew not being paid.

Co-Writer and director of the original flick, Apoorva Lakhia, will also be given a boot thanks to yet another falling out with Gupta.  However, Lakhia is rumoured to be working on another script, not very different from the Lokhandwala sequel, which will star Sanjay Dutt and possibly Amitabh Bachchan.

With all the make-ups and break-ups (and yes Gupta, we're pointing to you!), it's hard to tell what's actually in store for the sequel.  Meanwhile, we at BollyCurry expect and look forward to lots of gossip straight from the sets!