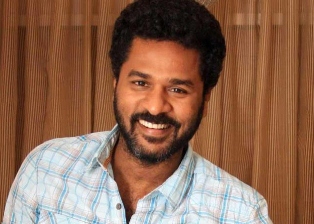 Choreographer-director Prabhu Deva is excited about the hit dance show 'Boogie Woogie' making a comeback. He says it is his favorite.

'Boogie Woogie', launched in 1996 by actor Javed Jaffrey, his brother Naved and actor Ravi Behl, will return on the small screen soon on Sony Entertainment Television. The new season will see children aged between 6 and 14 competing.

"I have been to 'Boogie Woogie' earlier. It is my favorite show," Prabhu Deva, an accomplished actor-director-choreographer, said here Wednesday during the promotion of "R... Rajkumar" on the set of the show.

"R... Rajkumar", directed by Prabhu Deva, also stars ace dancer Shahid Kapoor in the lead role. Both of them visited the set of "Boogie Woogie" for their forthcoming film's promotion.

"After so many years, 'Boogie Woogie' is returning. We both (Shahid and I) are very very happy to be here (on the set of the show)," added Prabhu Deva, who is also excited about seeing the Javed Jaffrey, Naved Jaffrey, Ravi Behl trio together again.

"It is great to see them there. I am waiting for this show," said Prabhu Deva, known for his unique designing style.