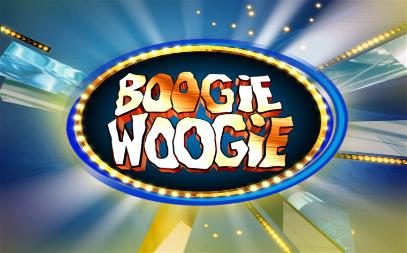 Boogie Woogie' is back and this time it gets bigger and glitzier. As many as 16 young dancers will participate and the winner will take home Rs.10 lakh and the 'Boogie Woogie Kids Champion' trophy.

The show, produced by R&N Productions, starts Saturday on Sony Entertainment Television. The trio of Javed Jaffrey, Naved Jaffrey and Ravi Behl are back as judges while Sargun Mehta and 12-year-old actor Rakshit Wahi will host the dance show.

Sneha Rajani, senior executive president and business head, Sony TV, says that this season it will be "wholesome fun and entertainment".

"This season promises to be bigger and better as we present an eclectic mix of 16 electrifying dancers whose sole aim will be entertaining our viewers with their outstanding performances," Rajani said in a statement.

The contestants, aged between 6 and 14, have been selected from all corners of the country. After a nationwide hunt, the top contestants include children from cities such as Ranchi, Delhi, Jamshedpur, Darjeeling, Baroda, Rourkela and Mathura.

The scoring and elimination of the children will be based on the judges' scores and there will be no public voting.

Started in 1996, 'Boogie Woogie' was one of the longest running dance reality shows.

+ 2
7 years ago sargun mehta waiting 2 see u as a host on sum show.tho u'd hosted colors holi bash & u were gud but that was informal.
all the best.