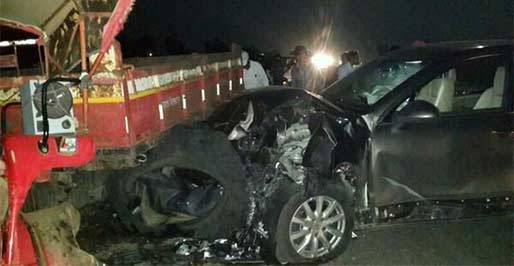 Producer Boney Kapoor, who was on his way to Wahi where his film "Tevar" is being shot, Wednesday met with a car accident. His manager said Kapoor had a minor injury but was fine.

"Boney was on his way to Wahi where his film 'Tevar' is being shot. His driver was driving the car and suddenly they met with an accident with a tractor. Though Boney has a minor injury in his back, he is absolutely fine... nothing serious at all. The accident took place close to 9 p.m.," Punkej Kharbanda, manager of Sridevi Kapoor, told IANS.

"His driver also had a minor injury and Boney Kapoor's boy who was sitting in the back seat was injured a bit because of the sudden jerk," he said.

The car was damaged in the accident on the Satara highway, "but thankfully all three of them are fine", he added.