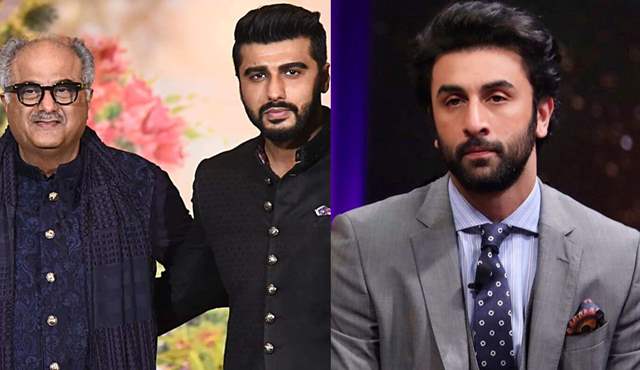 Boney Kapoor recently did a cameo appearance in Vikramaditya Motwane’s AK vs AK, and now the producer is all set to mark his acting debut. He has taken up a full-fledged role in Luv Ranjan’s romantic drama, starring Ranbir Kapoor and Shraddha Kapoor in the lead roles.

Reportedly, in the film Boney will be seen playing Ranbir’s father and sharing about taking up the role, he said that he was persuaded by his son Arjun Kapoor to take up the offer.

Boney said that when the script was being written, Luv and his team wanted the character of Ranbir's father to be 'somebody like Boney Kapoor', and offered him the role. However, he initially turned it down as he was busy with his production ventures.

After Luv watched AK vs AK last month, he approached Boney once more and while speaking to Mid-Day in an interview he revealed,

Luv insisted I do the role. He reached out to Arjun, who persuaded me for it. While the team will be shooting at a stretch in Delhi, they have given me the liberty to fly down to Mumbai and attend to my productions.

He will join Ranbir and Shraddha in the capital this week to shoot for the film. Boney said that he is not nervous about being in front of the camera. He shared,

I don't have butterflies in my stomach. I have been calm during life's ups and downs, so why should I feel apprehensive now?