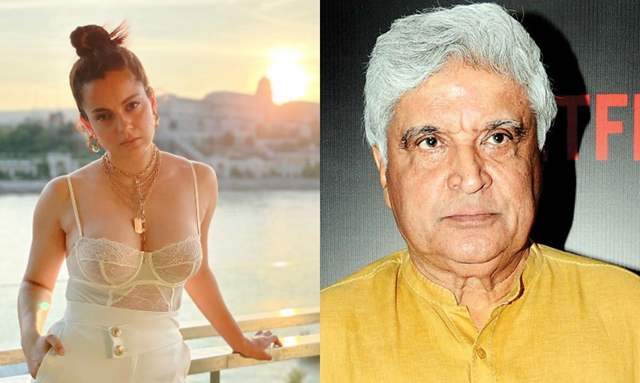 On Wednesday, Bombay High Court reserved its decision on a petition filed by actress Kangana Ranaut seeking the quashing of criminal defamation proceedings initiated by the metropolitan magistrate's court. The complaint was filed by lyricist Javed Akhtar. Ranaut's counsel, Rizwan Siddique, had previously challenged the proceedings claiming that Andheri's suburban magistrate court had failed to apply its mind to the case.

According to Kangana's plea, the High Court did not independently examine the complainant or witnesses and instead relied on Juhu Police's discretion to initiate the case against her.

On Wednesday, Siddique stated in Justice Revati Mohite single Dere's Bench that the investigation into Akhtar's complaint was 'one-sided,' adding that they never examined their witness and that the magistrate should have ensured that no party was harassed.

However, Akhtar's counsel, Jay Bharadwaj, told the HC that this was not the case as Siddique claimed. He claimed that the police had summoned witnesses and concerned parties, including Ranaut, to ensure that the investigation was fair but the actor had never responded to the summons.

In his statement to the court, Javed Akhtar reportedly stated that he met the actress in 2016, where he tried to advise and pacify Kangana Ranaut for her to settle her issues with Hrithik Roshan. He also stated that Kangana did not listen to him and handle the situation as per her choice.

In November last year, Javed Akhtar filed a criminal complaint against Ranaut before the Andheri metropolitan magistrate for making defamatory and baseless comments about him in an interview. The court ordered the Juhu police to investigate Akhtar's complaint in December 2020. The police later confirmed the incident and that a defamation offense was committed, with further investigation required.

As a result, the court initiated criminal proceedings against Ranaut and summoned her in February. Ranaut's plea is expected to be heard on September 9.