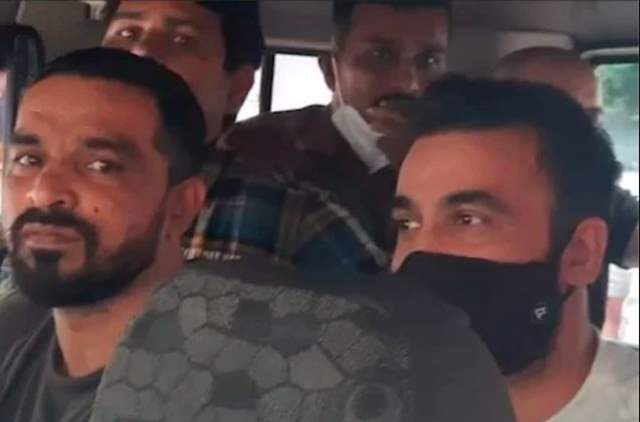 The Bombay High Court on Monday reserved its order on petitions filed by businessman Raj Kundra and his associate Ryan Thorpe challenging their arrest in a case related to alleged creation and streaming of pornographic content through apps.

The police in the HC argued that Kundra was not cooperating with the probe in the case, filed in February this year by the Mumbai crime branch, and had destroyed evidence, a claim refuted by his lawyer. Kundra (45), the husband of Bollywood actor Shilpa Shetty, and Thorpe, in their applications, have termed their arrest as illegal, contending mandatory provision of issuing notices to them under section 41A of the Code of Criminal Procedure (CrPC) was not followed-

The duo, in their pleas, sought the HC to direct for their immediate release and quash two orders passed by a magistrate after their arrest remanding them in police custody. As per section 41A, the police may, in cases where the arrest is not warranted, issue summons to the accused person and record his or her statement.

While Kundra was arrested by the crime branch on July 19, Thorpe, who was employed as the IT head in Kundra's firm, was arrested on July 20. The duo is now in jail under judicial custody.

Public prosecutor Aruna Kamat Pai on Monday told a single bench of Justice A S Gadkari that notices under section 41A were indeed issued to both Kundra and Thorpe before their arrest. "Kundra refused to accept it while Thorpe accepted it," Pai said. She argued that the accused (Kundra and Thorpe) were arrested due to their conduct during the searches being carried out by the police at their office premises on July 19.

"They (Kundra and Thorpe) were found deleting certain WhatsApp chats. The attitude of the applicant Raj Kundra speaks volume of his cooperation in the investigation. We do not know how much data has been deleted. The police are still trying to retrieve it," Pai said.

She further told the court that section 201 of the IPC (destruction of evidence) was subsequently invoked against the accused persons. "If accused persons are destroying evidence, then can the investigating agency be a mute spectator?"

She further argued that from Kundra's laptop, the police have recovered scripts with sexual content and a presentation on the financial projection and marketing strategy of HotShots and another similar app BollyFame. Kundra's counsel Aabad Ponda refuted the police's allegations and said all his devices, including his phone and laptops, were seized by the police during the search. Thorpe's counsel Abhinav Chandrachud argued that while a notice under 41A was issued to Thorpe, he was not given time to comply or respond to it.

"Before Thorpe could act on the notice, he was arrested," he said. Chandrachud further said there were several discrepancies that cast a doubt on the prosecution's case. After the lawyers concluded their arguments, the HC reserved its order on the petitions. Kundra, in his plea in the HC, has also said the material which the police claimed to be pornographic did not depict explicit sexual acts but shows material in the form of short movies "which are lascivious or appeal to the prurient interest of persons at best".