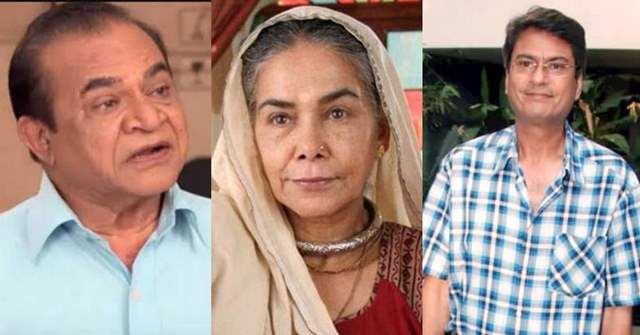 Earlier, the government had set guidelines which restricted senior artists above the age of 65 to resume shooting for precautionary measure. Several Actors were unhappy with this decision and it will be a sigh of relief as Bombay High Court has quashed Maharashtra government's order and has allowed them to resume shooting.

Spotboye.com got in touch with Surekha Sikri, Kanwaljit Singh and Ghanshyam Nayak. Veteran Actress Surekha Sikri shared that she is extremely relieved with this decision and she thinks it's a very positive move. The Actress is waiting to get back to the action.

Kanwaljit Singh mentioned that he is very happy that they have finally permitted them to start shooting. However, he shared that some actors like him have already been replaced and revealed that he has been chasing CINTAA and other people since 5th June to get a conclusion. "After a time I just gave up and asked my producers to go ahead with another artist. They were extremely cooperative and waited for me for a long time," he added.

Ghanshyam Nayak who is known as Nattu Kaka for his role in Taarak Mehta ka Ooltah Chashmah shares that he is very happy that Bombay HC has lifted the previous decision. But he is sure it will come with a clause like having medical or life insurance, limited hours and they'll have to see if the producers agree to all this.