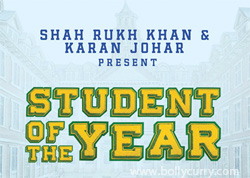 for industry kids to debut their career as Boman Irani's son, Kayoze, has also joined the cast!

However it can't be denied that historically, industry kids have generally failed to make an impact with their debut performances.  One then wonders if Johar work his magic with these brand new students on the block?  We'll have to wait and see.