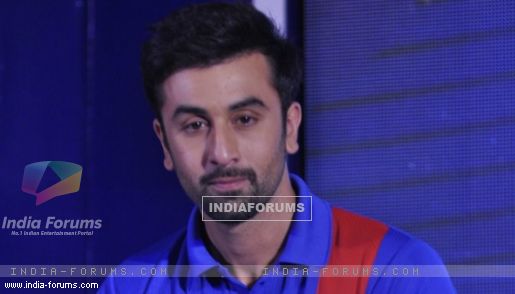 Actor Ranbir Kapoor, who has stakes in the Mumbai City Football Club (FC) franchise of the Indian Super League (ISL) football tournament, believes Bollywood celebrities' involvement in sports in the country is beneficial in many ways.

Apart from Ranbir, the ISL has star team co-owners such as John Abraham and Abhishek Bachchan, while Varun Dhawan endorses the Goa team.

"It's a great thing, and every sport should be encouraged in the country. Cricket is our first love, but that doesn't mean we should not give kabaddi or football a platform," the 31-year-old said here recently at the launch of his football club.

"More than anything, you are giving opportunities to the youth to become a football player or kabaddi player and not necessarily a cricketer," he added.

John Avraham is the co-owner of NorthEast United FC, while Varun Dhawan is the brand ambassador of FC Goa.

Ranbir stated that everyone involved in the ISL will strive to make the league engaging and hopefully it will lead to the creation of a very good Indian football team.

"It's about the quality of the game and how well Star Sports markets the game. All the people who are involved - like IMG Reliance, Hero, franchise owners and everyone, wants to put their best foot forward and create a league that is engaging and entertaining and has quality football.

"Hopefully we can have our own Indian football team which can play in the World Cup," Ranbir said.

The inaugural season of the Hero ISL will be played from Oct 12 to Dec 20 in eight Indian cities. Bollywood star Salman Khan is a co-owner of the Pune franchise.