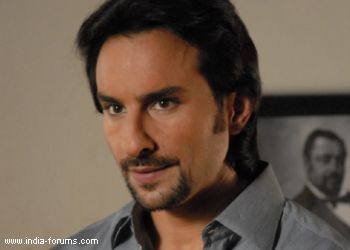 A day after Saif Ali Khan's brawl with an NRI businessman, Bollywood celebrities chose to keep their opinions on the incident to themselves. Only composer Vishal Dadlani and jewellery designer Farah Khan Ali came out in support of the star.

"Let me put it this way. IF Saif was provoked or hit first, I think he did what many of us would do. By 'us', I mean myself and you guys," Dadlani of Vishal-Shekhar duo, posted on Twitter.

"Not condoning or defending violence, but everyone's allowed to be human once in a while, no? I think every right-thinking person should ask this question," he added.

Saif found himself in the midst of controversy Wednesday, when Iqbal Sharma, an Indian-origin businessman from South Africa, filed a police complaint against the actor for allegedly assaulting him at the Taj Mahal Hotel in Colaba here.

Saif and two of his friends -- Shakeel Ladak and Bilal Amrohi, were arrested Wednesday evening, and were later given bail. Saif too filed a case against Sharma, claiming that the latter abused his friends, and assaulted him.

"In the Saif-Sharma scuffle, the part I find fishy is where Sharma states Saif told him 'Do you know who I am.' Very unlike Saif," said Ali, daughter of veteran actor Sanjay Khan.

She says Saif is just being pinpointed due to his celebrity status.

"Celebrities are often targeted when they are out in public and usually in the company of their woman. Have been witness to one such incident years ago.

"There is something amiss in ths incident and I'm sure the facts will come out soon. It's very unlike Saif to hit an elderly man or provoke a fight," she added.

Saif was recently named the 10th Nawab of Pataudi.

Usually Bollywood is quick to react, but most of the film fraternity members chose to stay away from reacting to the controversy.