Hollywood, with its serene romance, warlike aggression and futuristic tech-savvy movies, has always been a trendsetter for movie makers around the world. They've always managed to have a sublime influence on global cinema. Nevertheless, Bollywood has some timeless classics to its credit that can easily give Hollywood a run for their money. So ladies and gentlemen, sit back, relax and read on as we bring to you the Bollywood Movies we would like to see in Hollywood.
Jodhaa Akbar 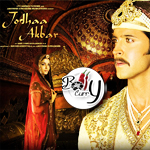 Jodhaa Akbar is an epic historical romance featuring the budding love between the Muslim Mughal Emperor Akbar and the Hindu princess Jodhaa. Rich in Mughal history with a flavor of romance, the movie pleas the passionate depiction of religious and cultural tolerance. The movie ends with a note for lovers - love transcends all obstacles. Hollywood's take on history coupled with romance would make it a must watch. We've seen much fiction on similar lines, but a true love story is what we would love to see.
3 Idiots 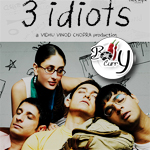 3 Idiots, a flawless piece of art, highlights the plight of the Indian youth confronted by the orthodox educational system. The movie is an inspirational story of three college friends who refuse to restrict themselves to the norms of the society and embark on a journey through a road less traveled. In spite of being dipped deep in humor, the movie says so much and more without leaving its sheer lightness as the threesome make their way out of the high pressure, competitive and stereotypical educational system. While students in the west might not have to face the same extent of educational pressure, bullying, peer pressure and racism are surely some things to worry about. Hollywood might not be able to change society, but giving a try like 3 Idiots, it surely can draw attention to such social issues.
Dilwale Dulhania Le Jayenge 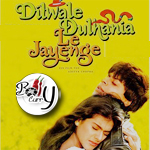 Dilwale Dulhania Le Jayenge, remembered for its unparalleled romance, is a timeless Bollywood classic. One of the most loved movies of Bollywood, DDLJ narrates the story of a Westernized NRI, Raj, who falls for a domesticated, innocent NRI Simran who has well-grounded Indian values and morals. It is one of  those movies that draws light upon the cultural and social problems faced by people living abroad. Cultural and emotional ties with one's countries were an important part of the film. We are sure it would be interesting to see Hollywood project the cultural differences, insecurities and barriers of society in a pool of romance as seen in DDLJ. No wonder it is one of the most successful movies of all time, for it is not everyday you see a lover leave the comforts of Europe to find his true love in a village of Punjab.
Munnabhai M.B.B.S. 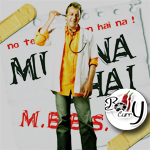 Mumbai's local gangster's uproarious and futile struggle to become a doctor in an attempt to fulfill his father's wish is the story of Munna Bhai M.B.B.S. Munna Bhai is undoubtedly one of the most iconic characters of modern Hindi cinema, a crass rough gangster with a golden heart.  Amidst the crude and catchy language, the sincere touchy sentiments in the movie reach out to win the hearts of audiences young and old. Munna Bhai M.B.B.S is one of the finest comedy movies that Bollywood has to its credit. We would love to see Hollywood come up with such a perfect mix of comedy and emotion as one witnessed in this Sanjay Dutt and Arshad Warsi starrer.
Devdas 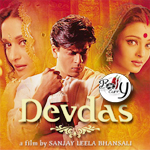 The saga of a heartbroken lover Devdas, who took to alcohol to fade the heartache of being separated from his childhood sweetheart, Paro, due to class difference, is the touching and heartbreaking story of Sanjay Leela Bhansali's Devdas. Even the selfless devotion and compassionate love of Chandramukhi couldn't ease the pain of this grief stricken lover. Alcohol, drunkards and sex might be synonymous to Hollywood movies, but such pure unflinching devotion, melancholic love and heart wrenching emotion is something we would definitely love Hollywood to experiment with.
Lagaan 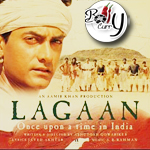 India's official entry for the  2002 Oscars, Lagaan displayed the zeal, passion and struggle of villagers to learn cricket to save their land from the preying eyes of the British. The film captivated the audience with its impeccable show of unity, struggle, and resoluteness to achieve a common goal. The movie has inspired millions through the unflagging spirits of a handful of villagers and ignited the belief that nothing is impossible. Sports have always bonded nations and so such a movie is likely to grab eyeballs even in the West.
This concludes our exciting journey of talking about some of Bollywood's most successful movies which bought out the essence of Indian cinema and would make for some interesting Hollywood remakes. Drop in your comments and share with us your opinion of the Bollywood movies that you would like to see being remade in Hollywood.
Writer: Urooj K.
Editor: Nabila S. and Gunia M.
Graphics: Fizii.


Do you have a suggestion or comment for BollyCurry? Drop us a PM at BC_Dropbox today.