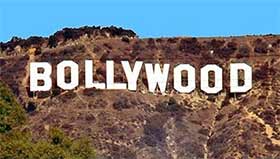 Innovative marketing is on a new high in tinsel town and the growth of e-commerce has only spurred the trend by opening up new platforms for Bollywood. An increasing number of filmmakers are collaborating with online portals for promotional purposes as well as to sell movie-related merchandise.

In recent times, makers of films like "Heroine", "Jalpari: The Desert Mermaid" and "Cocktail" inked promotional deals with e-commerce sites like Mydala.com, Snapdeal.com and Myntra.com, respectively.

The instant connect with youth is a major draw for them all.

"E-commerce business is growing in a big way and as youth become more tech-savvy, it is opening up new avenues and films is one of them," said Mangesh Shinde, category head, movies and music, Snapdeal.com.

His portal was used to promote "Jalpari: The Desert Mermaid", which dealt with a sensitive issue of female foeticide.

"This deal was our way to support the social issue. We had their posters on our homepage and other social platforms like Facebook and Twitter and I would say we got a good response," Shinde told IANS.

Mydala.com, an Indian social commerce and marketing platform, tied up with UTV Motion Pictures as a marketing partner for recent big ticket films like "Heroine" and "Barfi!".

The makers of "Heroine" also collaborated with Fashionara.com, which has opened up pre-orders for clothes inspired by actress Kareena Kapoor's glamorous look in the film.

"Movies allot a fair share of the market budget to online media. In addition, the web is relied upon heavily for word-of-mouth publicity and sales of movies and music. It is thus only natural that movie merchandising moves online," said Arun Sirdeshmukh, CEO and co-founder, Fashionara.

Homi Adajani's "Cocktail", featuring Saif Ali Khan, Deepika Padukone and Diana Penty, was another film with a high fashion quotient. Thus, the makers partnered with Myntra.com where the film's merchandise was put on sale.

"Youngsters have always sought inspiration from Bollywood. They try to follow Bollywood fashion. Our association was a step towards targeting youth and bringing to them what our consumers want," said Ashutosh Lawania, co-founder and head sales, Myntra.com.

"Such an association also helped in building our brand among youth and get visibility," he told IANS.

The trendy collection on the website offered a mix of funky, casual and sporty clothes, similar to those worn by the star cast in the film.

Asked about the revenue sharing basis, Lawania said, "There is no particular revenue sharing model. We had the film's stars talking about Myntra through integrated TV commercial," he added.

Shinde added: "A lot depends upon the mutual understanding between the two companies."

Earlier, superstar Shah Rukh Khan had partnered with Homeshop18, where the original merchandise of his mega-budget film "Ra.One" was put on sale for the masses.