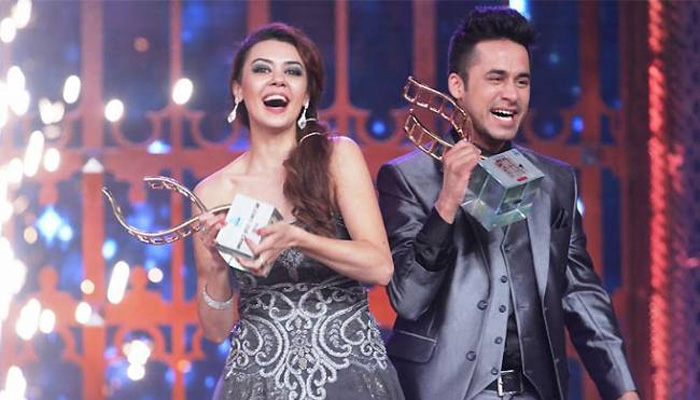 Oksana Rasulova, a qualified doctor from Azerbaijan, came all the way to India to pursue her passion for acting. After winning talent show "India's Best Cinestars Ki Khoj", she now eyes Bollywood.

Interestingly, she holds two diplomas in medical field, but says her educational accomplishments are for her father. She is a well-known personality in her country for her Bollywood as well as classical dance shows.

"I belong to an academically inclined family. So my parents were not thrilled by my choice of profession. Hence, I studied in Russia and became a doctor for my father's sake," Oksana, who is a gynecologist and dermatologist, told IANS over phone from Mumbai.

"The diplomas are for my father. After completing my studies, I started working towards my dream of getting into Bollywood," she added.

She was won the best actor in female category at the Zee TV's acting reality show, which concluded Sunday.

During the 13 gruelling weeks, she showcased her acting prowess to the three judges - directors Vijay Krishna Acharya aka Victor and Anurag Basu and actress Sonali Bendre, and managed to impress them.

Rasulova's Bollywood dream is not far as both the winners will debut in Guroudev Bhalla's movie, written and supervised by filmmaker Mahesh Bhatt.

"I got to know about the reality show during my visit to India. I sent my dance as well as acting video. They called me and then I got selected for mega auditions. And now, I am here with the trophy and dream debut. I feel so lucky and thankful to god," she said.

Fame is not new to Oksana, thanks to her dance shows.

Oksana wanted to make a name in Bollywood since her childhood and for her knowledge of Hindi language, she gives to Hindi films.

"I grew up watching Bollywood movies and dancing on Hindi songs. In my mind, I always wanted to be a part of Bollywood," the reality show winner said.

Ask her to name a Bollywood favorite and she promptly mentions actress Madhuri Dixit Nene for her "dancing and acting skills."

However, Oksana admits she needs to work on her diction and pronunciation. She can speak broken Hindi.

"Language is not a big problem for me. I can memories lines easily, but the problem lies with diction and pronunciation. I intent to live in India and be a part of Bollywood, hence I will work on my weak points," she said.