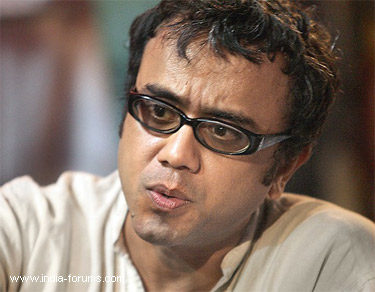 Hollywood may have wiped out the "whole world's indigenous film industry" but Bollywood has held up, giving room to talent from all over the globe, says Dibakar Banerjee, the maker of acclaimed films such as "Khosla Ka Ghosla" and "Oye Lucky! Lucky Oye!"

"It has room for talent from all over the world (for those) who do not have as many avenues in their countries; so they come to our country to find avenues. We are the last alternative to big Hollywood presence in the world," Banerjee told IANS in an interview here.

"People (from abroad) are coming to us because we are a good second choice, it's profitable and our business booms on its own, we don't have to export our films. Indians in India and all over the world are enough to make our films profitable," he added.

Known for using innovative storytelling techniques in his directorial ventures, Banerjee is currently gearing up for the world premiere of "Shanghai" at the 13th International Indian Film Academy (IIFA) awards to be held in Singapore June 7-9.

Appreciating changing trends in the Hindi film industry, Banerjee feels that filmmakers are moving away from "haves and have-nots" themes and focussing on the middle class.

"The prominent change that we have seen is that filmmakers are looking at different levels of our society. There were probably only two aspects of Indian society that were looked at, which was the rich family or a poor coolie and everything else was kept aside," said the filmmaker.

"Today the middle class, which forms the backbone of our society in many ways, has started becoming a protagonist in films - and that's the main change. We had seen that change in the 1970s but that trend had disappeared; now it has come back," he added.

Banerjee made both "Khosla Ka Ghosla" and "Oye Lucky! Lucky Oye!" with easily identifiable middle-class milieus as the backdrop. Both films did well at the box office.

The filmmaker is delighted to see how the audience is opening up to what he calls "alternative" cinema.

"An alternative has opened up. Earlier people wanted an alternative, but it wasn't there. Now because of multiplexes, new studios and more money because of economic liberalisation, people are willing to make fresh films," said Banerjee.

"When 'Khosla Ka Ghosla' came out in 2003, it was the first of its kind that started a trend and these films have increased their base ever since. We are in the middle of that change," said Banerjee.