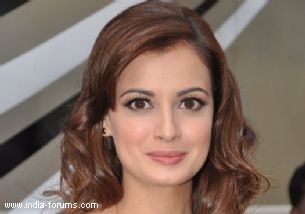 Actress Dia Mirza, whose new co-production "Bobby Jasoos" is yet to hit the theatres, is already getting queries related to the detective comedy from regional filmmakers.

"Bobby Jasoos" revolves around a female character, played by Vidya Balan. She will be seen romancing young actor Ali Faizal in the film, directed by Samar Shaikh and co-produced by Dia and her beau Sahil Sangha.

"We have been getting calls from regional filmmakers for the rights of Bobby Jasoos, that's cool given how many films in Hindi are remakes," Dia tweeted.

The film will hit the theatres July 4.