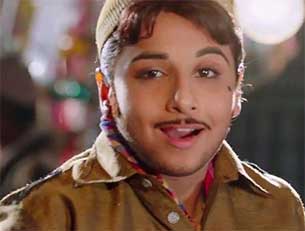 Dia Mirza says the attempt with her new production, the forthcoming detective comedy "Bobby Jasoos", is to create a commercial entertainer that revolves around a female character.

"We've tried to make a mainstream, commercial film with a female protagonist, and which is a family entertainer...We've always noticed that a girl's character in a film is either a catalyst or just a dressing..." the 32-year-old said here Thursday at the music launch of the film at Radio Mirchi studio.

She agrees that there have been many woman-centric films recently, but all on serious subjects.

"We have seen very few Hindi films in today's time where a girl is the centre of action in a commercial, family entertainer," said Dia.

"Bobby Jasoos" stars Vidya Balan in the lead while Ali Fazal plays the male lead. The film is directed by Samar Shaikh and hits theatres July 4.