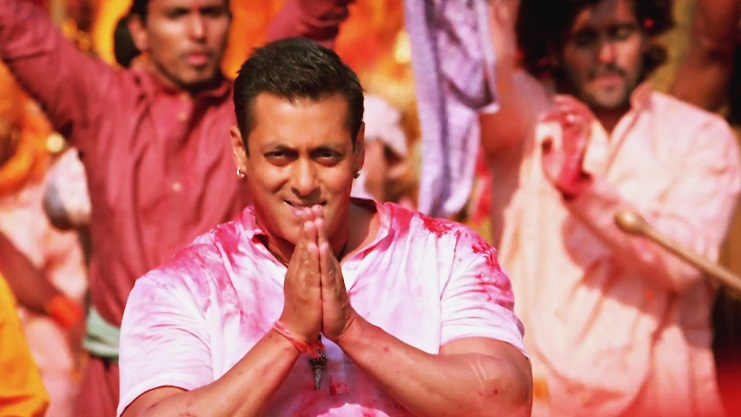 Bollywood actor Salman Khan pleaded "not guilty" in an arms case in a Jodhpur court on Thursday.

Salman was here in connection with the recording of his statement as an accused in the Jodhpur chief judicial magistrate's court in an over-17 years old case of Arms Act violation.

It was the third time that Salman came to the JOdhpur court for the same case.

During the course of hearing on Thursday, Salman replied general questions the court posed in regard to his name, his father's name, age, residential address and caste etc. However, on being asked about the allegations leveled by the prosecution, Salman pleaded "not guilty".

He said to the court: "Main nirdosh hoon. Mujhe jhootha fansaya gaya hai (I am not guilty and I have been falsely implicated)."

Slaman's sister Alvira and his bodyguard Shera were also present during the court proceedings. He stayed in the court for less than about half an hour.

Chief Judicial Magistrate Dalpat Singh Rajpurohit on March 3 asked Salman to appear before the court to record his statement as an accused in the court on Thursday.

The chief judicial magistrate while dismissing an application from Salman's counsel for re-examination of the then collector Rajat Mishra, termed examination of prosecution witnesses completed and ordered Salman to remain present before the court on Thursday for recording of the "accused's statement".

Earlier the court was to pronounce its judgment in this case on February 25 last year, but it was deferred when a few applications for examination of four witnesses were allowed.

After examination of four witnesses, Salman appeared before the local court on April 29 last year.

On March 3, after getting the re-examination completed, Salman's counsel again moved an application to examine witness Rajat Mishra, but the CJM court rejected the plea and ordered Salman to be present before the court on Thursday.

Salman and a few other Bollywood stars were accused of poaching blackbucks on the night of October 1-2, 1998, during the shooting of Hindi movie "Hum Saath-Saath Hain".

Two blackbucks, a protected animal under the Wildlife Protection Act, were killed on the outskirts of Kankani village near Jodhpur. Salman is accused of carrying and using illegal arms in killing the protected animals. He is also alleged to have been carrying arms with expired licence.

A hardcore criminal he is!
I totally agree with @anu_rulz.
Don't expect such people to plead guilty over animals when they kill humans and get away with it.

anu rulz 4 years ago He pleaded not guilty even when humans died..people expect him to plead guilty over animals??lol

Sara Ali Khan writes an adorable poem as she shares photos ...
49 minutes ago

exclusive
Exclusive Karanvir Bohra: I realized if I can work on direction with a ...
2 hours ago