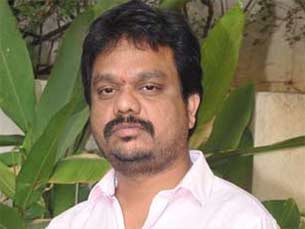 Director Anil Gopi Reddy, whose Telugu romantic-drama "Biskett" is releasing Wednesday to coincide with New Year's Day, is confident that the move will work in his favour and help in the film's success.

"We were set to release our film in the last week of December, but we thought it would make sense to release on New Year's Day as no other films were lined up. I think it's a great time to release a film as people least expect it during this time," Anil told IANS.

"I'm confident it will work in our favour," he added.

The film will start the year for Telugu filmdom.

"I'm aware that ours will be the first Telugu film of the year. I'm nervous because if my film doesn't click, then I will be held accountable for starting the year on a bad note for the industry. I hope I don't have to face such a situation," he said.

The film features Arvind Krishna and Dimple Chopda in lead roles while Vennela Kishore and Tagubothu Ramesh will be seen in important roles.

Anil, however, is happy that the film has already got good money.

"It has been picked up for a fancy price...Since the buzz around our film has been good, we are positive about the outcome," he added.

exclusive
Exclusive Karan Arora recalls his scenes with Erica in Kasautii ...
19 minutes ago