Bollywood star Bipasha Basu suffered a three-hour-long ordeal when a piece of gravel got lodged in her ear, very close to the eardrum, during the shooting of an action scene. 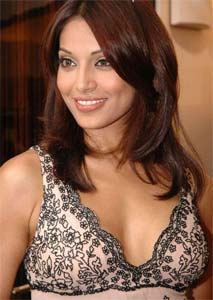 Featured Video
'We were doing a heavy duty action scene when this gravel went right inside my ear. I had to be taken to Leelavati hospital, where it had to be sucked out,' Bipasha told IANS.

'It wasn't on the surface. It went right in and I couldn't move because there was the danger that it would go in deeper and pierce the eardrums. First I tried to shake it out. Then when that didn't work I decided to let a doctor do the needful,' she added.

Since the incident happened on Dec 14, which was a Sunday, no doctor was immediately available and her ordeal lasted nearly three hours.

'The producer and director tried everything. We finally headed towards Leelavati. It was John (Abraham) who got an old ENT specialist friend of his to check me out. The sweet doctor was at another hospital but drove down to Leelavati. At 4.30 p.m., he finally put me out of my misery,' Bipasha said.

'Who would think such a thing would happen? Normally during an action scene you protect your knees, head etc. But ear? It went straight in with a thud.

'I wasn't moving, I was so petrified the gravel would go deeper into my ear. My parents were petrified. The minute the doctor said it could be taken out I was okay. It was the most bizarre thing that ever happened to me,' the actress said.