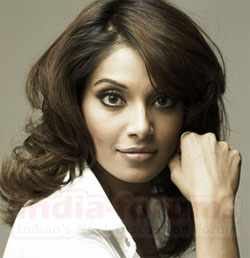 'Yes, there's another role in the film,' Bipasha reveals. 'And Ben Kingsley has asked me to do it. We've already spoken about it. And now we just need to work out the dates.'

While Aishwarya and Kingsley will play Mumtaz Mahal and Shah Jahan in the film on the building of the Taj Mahal, Bipasha says, 'There's a very special character which Ben has asked me to play.'

The idea of Bipasha being part of Sir Ben's production was discussed when they met at the 7Wonders event in Lisbon.

'We hit it off like a house on fire. Ben's so much fun. And when he offered me this role I was fascinated.' 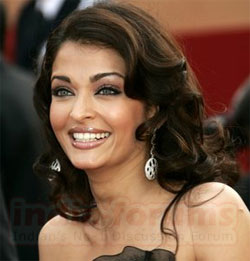 Back home, Bipasha is amused by rumours of differences with fellow-Bengali Soha Ali Khan.

'Now where did that come from? I don't even know Soha well enough to be snubbed by her. What are we supposed to be fighting about? And, please, nobody snubs me. I've met her a couple of times outside Mumbai. But we've never met in Mumbai. I really don't know where these stories come from. And I think it's silly to even react to them.'

On the work front, Bipasha has just completed Abbas-Mustan's 'Race' with Saif Ali Khan and is looking forward to 'Goal' with John Abraham.

'Race' has shaped up so well in spite of the delay. I'm looking forward to its release. It's my first comedy. As time passes, I'm getting greedier by the day. I now want to do something exotic, like the project with Kingsley. I really want Rituparno Ghosh to start 'Draupadi' with me. I know I can play Draupadi convincingly.'