Bollywood and its fans are spread across the world and with IIFA taking Indian cinema to celebrate pinnacles across 10 nations, covering a total population of more than one billion, this year, the awards ceremony will be celebrating 100 years of cinema in the spectacular land of Singapore! 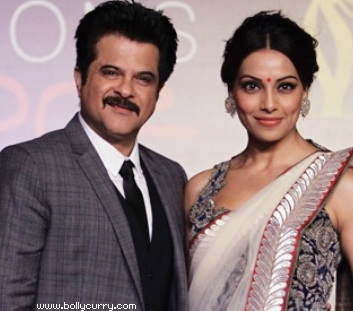 Presented by Videocon Industries and Wizcraft International Entertainment and supported by the Singapore Tourism Board, the much-anticipated 13th IIFA celebrations were heralded in Singapore by superstars Anil Kapoor and Bipasha Basu, where the duo promised a great weekend full of unlimited fun and frolic for Bollywood fans based in the foreign land.

Anil Kapoor, best remembered for his films such as Mr. India and Tezaab has long been associated with the international film awards. He recently stated that he wholesomely envied Singapore for its immense progress and its diversity. The actor also promised that on behalf of the Indian film industry and IIFA, together they will give Singapore a celebration of all things Bollywood like never seen before.

An equally IIFA loyalist and Bong beauty, Bipasha chipped in her respect and eagerness towards the awards ceremony, also stating how humble she was to be the Indian film industries' representative on such a global platform.

BollyCurry wishes IIFA a successful outing. May it continue to expand Indian cinema across the globe in the years to come!