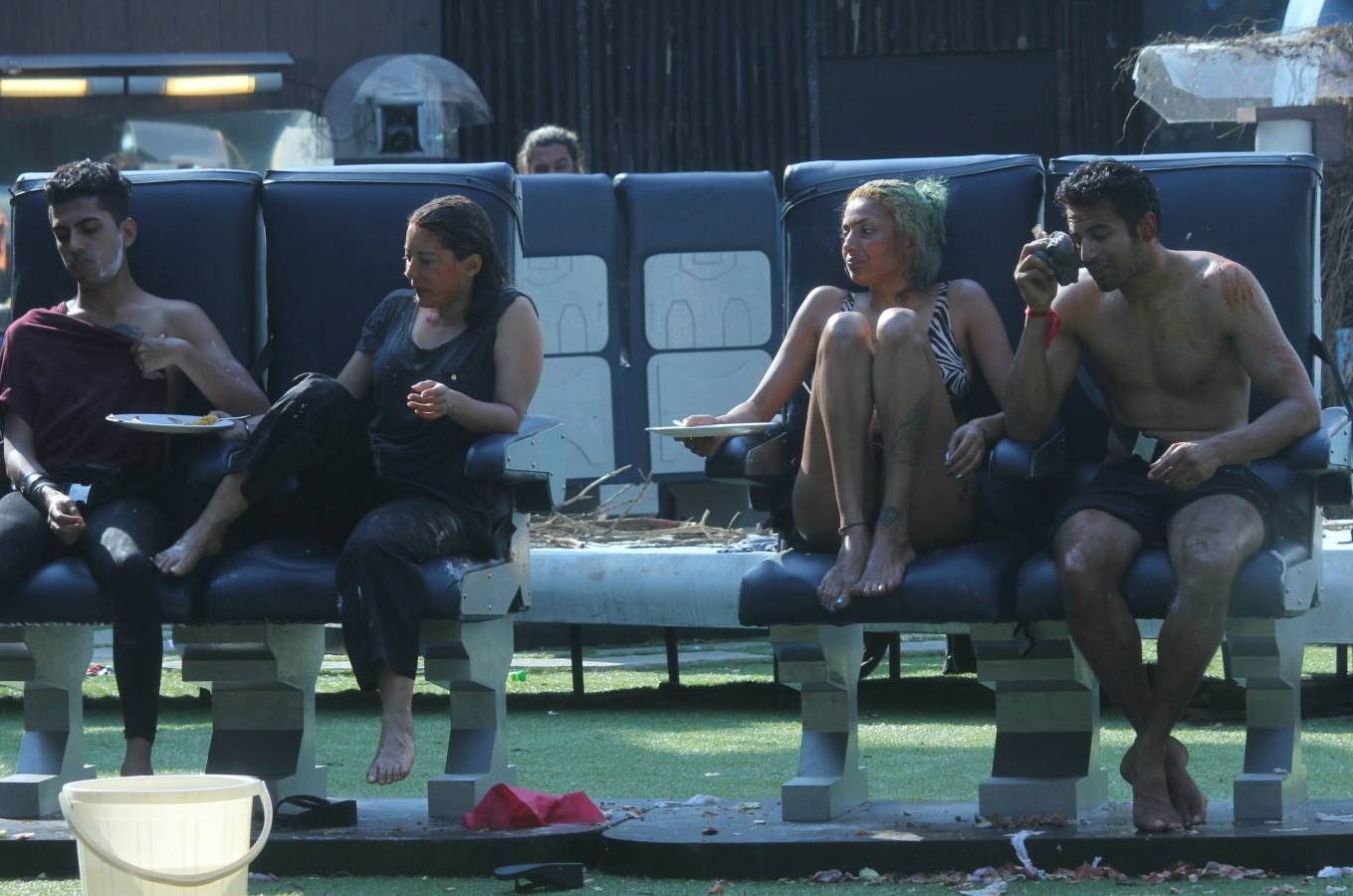 Colors' popular show Bigg Boss 8 is becoming the talk of the town for the alleged fight between Karishan Tanna and Gautam Gulati due to the latest Hijack. Well the differences it seems is growing among the contestants in the house as the inmates are vying to go in the ultimate house.

Now Deepshikha's team will be sitting on the chairs and they have to bear the brunt by the other team.

Now to torture these inmates, Gautam will apply balm on Sushant's face. In this course of task Sushant will get so uncomfortable that he will start crying.

Well, not only this but in a defending move, Sushant will take off his t-shirt to wipe his face. Gautam will see this and try to snatch Sushant's T-shirt which will make Sushant more furious and will reply harshly to Gautam stating "I'll slap him (Gautam)!

Well, this task is really going deeper and deeper. Now we wonder what else is left to watch.