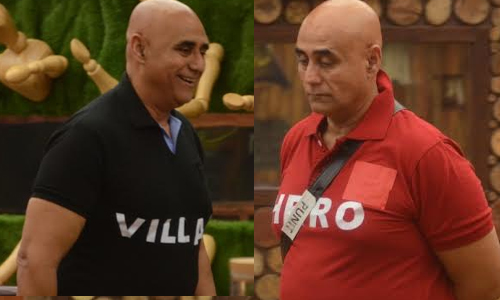 The contestants of the Colors' popular reality show Bigg Boss 8 try their level best to act smart and play the game wisely by sharing different kind of rapport with their inmates. Now, its time for a new task for the contestants and Puneet, who is known for pleasing people, played a game during the task just to please someone which he later revealed it to his team members.

We wonder what the future of the game holds for Puneet!

jasmeet92 3 years ago It is amazing love story and must watch to everyone and the movie is very beautiful.

.Reshama. 6 years ago omg what a strategy..he makes me rofl all the time..

Munchkin. 9 years ago Nupur Asthana is an amazing director &lt;3 Hip Hip Hurray remains to be my favorite youth show of all times &lt;3

-Mystery- 9 years ago Of course! It's made by the director of Mahi Way. Only the best was expected!

.Ohana. 9 years ago i watch dis movie yesterday nd i must say its a osam movie...i just lv dis kind of movie...

jassie_17 9 years ago would definitely catch it for da director, Nupur Asthana for she impressed me with Hip Hip Hurray and Mahi Way to a gr8 extent!!!

SankiPagal 9 years ago the movie was just a time pass.. , if you are giving the movie 3.5 stars then you surely need to recheck it..
it had nothing for 3.5 stars.. , and there is nothing must watch in the movie...its just regular...ya it wasn't boring n it was a short movie...

aish_punk 9 years ago the movie sounds good. though the love story is kind of confusing :P
i want to watch this!