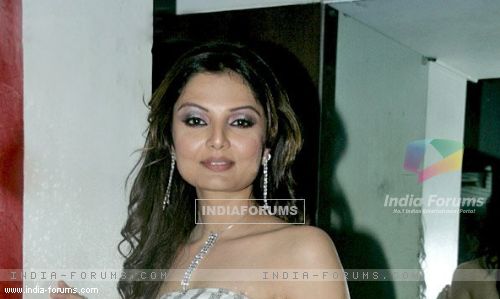 With the constant tiffs and fights between the housemates in Colors' Bigg Boss 8, only a few contestants are enjoying their luxurious life inside the lavish house, Deepshikha Nagpal who is the strongest contestant as of now unveils about her life to an inmate.

Deepshikha opens up about her second marriage and movie 'Yeh Dooriyan'. After separating from her husband, Deepshikha involved herself in writing a script.

The script depicted the tale of a woman's life after divorce and the movie Yeh Dooriyan was based on her ideas that a women is not always responsible for a divorce. Well, during the ideation of the script she had imagined her husband to play the role of the male lead; and eventually she married the hero of her movie.

Well, will her life's story touch the hearts of the fellow contestants??

majeedjan 9 years ago what a good topic you suggest for that police in fashion so nice to hear this word for police.

9 years ago do not care about paris hilton much so don't understand the whole thing about treating her as princess !!!!

9 years ago bipasha was best dressed and shwetha was the worst dressed..

9 years ago this time the fashion police forgot their glasses at home.