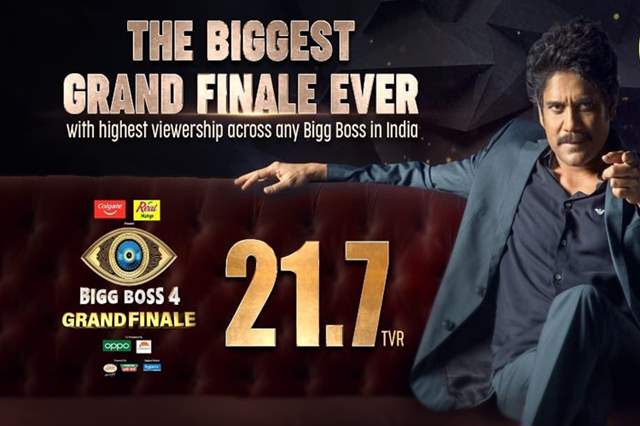 The finale episode that saw Abijeet as the winner of the season has recorded 21.7 TVR, which is said to be the highest viewership across any Bigg Boss in India. The first, second and third seasons' finale had garnered TRPs of 14.13, 15.05 and 18.29 respectively.

Nagarjuna took to social media and thanked fans all the love. He also thanked all the contestants of Bigg Boss Telugu 4 for love and support throughout the season. He wrote, "WOWWWW!! Thank you for your love..#BBTeluguGrandFinale..We couldn’t have done it without you..to the audience, to the contestants."-

Abijeet Duddala became the winner while Akhil emerged as the first runner-up while superstar Chiranjeevi's presence was also a reason for cracking big numbers.