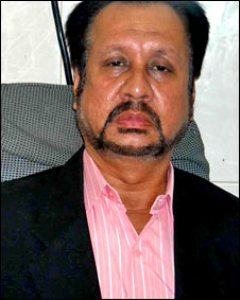 Guess the nation has not yet got over the trauma and the loss they bore as an aftermath of the terror strike of 26/11. Lawyer Abbaz Kazmi who was always questioned for opting to have fought for the terrorist Ajmal Kasab probably opted to be a part of Colors "Bigg Boss" only to prove his point. However, the junta has not granted him any extra time as he happens to be first contestant to be thrown out of Bigg Boss House.

Our junta tells us "the nation saw Abbas pick up unnecessary flights over food. The food as we are aware is limited in the house and one has to keep others in mind too. Also he has never got the sympathy and support    from the nation for defending the terrorist Kasab and probably a reason for him getting  less votes".

His eviction will be aired in tonight's episode at 9:00pm

10 years ago @syler001
I completely agree with you man!He should be shown doors out of this country...

WHATEVER MAY BE THE CONSTITUTION IS KAASAB SHOULD NOT GET A TRIAL EITHER -SHOULD BE DIRECTLY HANGED TILL DEATH!!!

10 years ago Hahahahahaha shame on him. I hate this show.

10 years ago Glad to knw that it is not Seema (Bandit Queen)who is getting evicted. Really have started liking her n hope she sticks on for some more time. Good that Abbaz Kazmi is the one to get evicted did not like him tat much anyways.