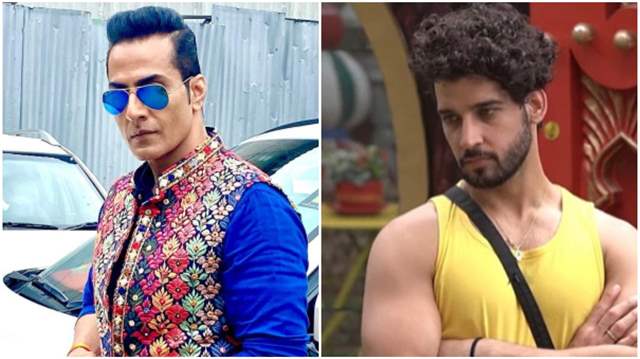 Colors’ Bigg Boss 16 is entertaining the audiences since quite some time now. The show has an interesting mix of celebrity contestants. Celebrities in the likes of Shalin Bhanot, Tina Datta, Gautam Vig, Sumbul Touqeer, Nimrit Kaur, MC Stan, Sajid Khan, Sreejita De, Abdu Rozik, Shiv Thakre, Soundarya Sharma among others are a part of the show.

In an Unseen Undekha clip on VOOT, Gautam Vig and Sumbul Touqeer Khan was seen talking about an incident from ‘Ravivaar with Star Parivaar’ shoot. For the uninitiated, ‘Ravivaar with Star Parivaar’ was a fun game show for Star Plus which had actors across the shows on the channel competing with each other to win interesting games.  Gautam Vig was a part of Star Plus’ ‘Saath Nibhana Saathiya 2’ while Sumbul Touqeer was a part of ‘Imlie’.

The duo shared a fun incident with housemate Nimrit as to how an arm-wrestling challenge with ‘Anupamaa’ actor Sudhanshu Pandey left Gautam injured. During ‘Ravivaar with Star Parivaar’ episode, in one of the segments, Sudhanshu Pandey challenged all the male actors to compete with him for an arm-wrestling challenge and anyone who would sustain for mere three seconds would win the challenge. Gautam narrated that the moment he sat to do the challenge, he saw that his pant was torn and before he could concentrate on the game, Sudhanshu won the challenge. The sudden jerk on his hand’s veins was quite painful and he went through cup therapy to treat the affected area.