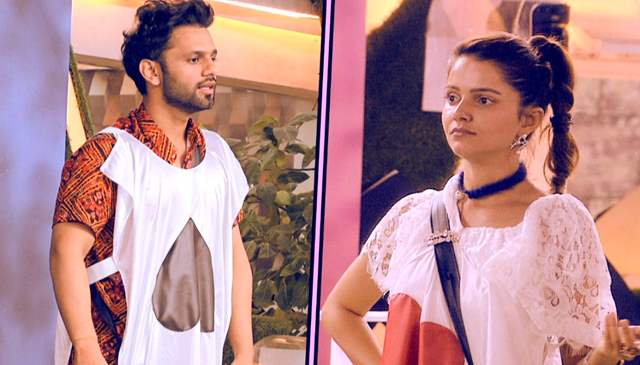 The housemates have been at loggerheads with Kavita Kaushik from her first day inside the house. Though Eijaz considered her as a friend, the tables have now turned. A small trigger over kitchen cleanliness leads to Kavita Kaushik trying to dominate yet again. This doesn’t go down well with any of the housemates and Eijaz and Kavita end up getting into a heated argument.

Furious Kavita pushes Eijaz and the duo get into a massive fight, so much so the others intervene to prevent it from turning physical. Election of the new captain becomes the focus of the house as Bigg Boss pits Rubina and Rahul against each other. Red Hearts Vs Black Hearts, the two will rule their throne as the King and The Queen. The other housemates have to work as their sevaks and make hearts for their respective team.

The one to get the maximum number of hearts will be the next captain of the house. The King and Queen can also give them the money allotted to them by Bigg Boss. The housemates are all seen planning and plotting with each other about the upcoming task. Alliances are formed and even Rubina as the Queen and Rahul as the King start to reach out to housemates and promise them that they will pay them handsomely for the hearts that they stick. The task soon takes a terrifying turn as housemates are seen tearing down hearts from the walls. Aly, Eijaz and Kavita are at the forefront of all the action.

Eventually, the Queen Rubina and King Rahul end up having a huge clash. Rubina loses her cool when Rahul blames her for supporting Abhinav and not playing the game on her own. He says that Abhinav always acts as her advocate and taunts Rubina, who in turn asks him to not talk about her husband and not joke about him.

Who will win the captaincy task? Will Rubina forgive Rahul for commenting about Abhinav?