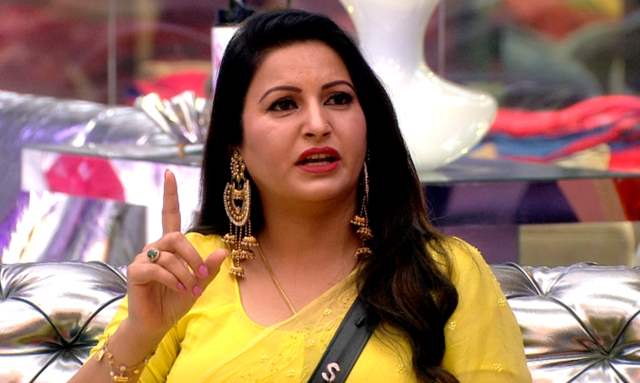 Sonali Phogat bid a tearful farewell to all housemates, had entered the house as a wild card contestant. While she entered the show late, she did establish connections inside the house and played a strong game. On her eventful journey, she got close to Arshi Khan, Aly Goni, and Rahul Vaidya.

Sonali has had quite an eventful journey with her own set of highs and lows. She got talking about the same to us during an interview, right from liking Aly to her fight with Rubina Dilaik, and more. Read excerpts from the interview here.

Your perception of Rubina changed after entering the show, comment?

True, it has changed a lot. The person who I thought was very 'sanskari', she turned out to be the complete opposite. With Rubina, I thought that maybe I have a certain misunderstanding because of whatever I had thought before entering the house and she is not the same. As for Rahul, he was the same person and there were no changes in him, he continued doing what he was doing earlier and he keeps his word before everyone without going behind anyone's back. I see Rahul as a winner because he is very clear about his game.

Tell us about your equation with Aly Goni, did something change your game post your interaction with Salman Khan?

When I asked Aly about what should I do, he said that maybe you did not hear what Salman said, he said you are doing well and when you don't, I will correct you. I did not want to be fake at all and wanted to be seen as I am, so it did not matter to me as to how much am I visible. I never entered the show to win the trophy but I have always had the craze to work on Salman's show, everyone treated me with a lot of respect, and it was good.

When Jasmin was gone, and I was sitting with Aly, I noticed how he speaks to me, how he behaves with me, and I was attracted to him. I still stand by my words, even today, I like him and the way he speaks, his personality and it was not a game. The reality is that Jasmin and he are together and I have always prayed for them to be together. Being attracted to someone does not do any harm.

You mentioned you were subjected to discrimination inside the house, what instances made you feel that?

I was subjected to a lot of discrimination. I have never threatened anyone and told someone anything, even Salman Ji couldn't tell me who have I threatened after all. I will agree but one has to show me. I had asked in the beginning during Salman Khan's performance as to why am I not performing and people outside will be asking the team as to why this happened, in fact, Abhinav also heard me say it. When I wasn't in favour of Rubina, that's when the three of them - Abhinav, Nikki Tamboli, and Rubina, decided to use this against me. Eventually, I got to perform and I had no qualms with the show and all that was over.

I was targeted inside the house, I have been subjected to it by the three of them. In fact, Nikki has constantly questioned who is she, where has she come from, and send her out of the show. I have gone through it for 24 hours inside the house and I am the one who is being portrayed as the wrong one.

You said Rubina brought your daughter in the conversation, but no such thing was heard. What actually happened?

She shouldn't have bought my daughter in the middle and I never told her anything, and if someone does harm my belongings, I will have to question right. So I will have to do something to make people talk. I am not someone to put up with anything and everything and I simply was very angry. If she did not tear my belongings, then why did she have to speak in the middle, and then she started saying that you are telling someone's daughter, etc. Her husband also came in between and then the next day again, they tore my photo and threw it all over my clothes.

Rubina never corrects those standing by her side, what do you have to say?

She even takes a stand for friendship, and all these people who are blinded by her, don't know how they are. Nikki is extremely disrespectful, why did Rubina never speak up? Why wasn't she questioned as to why is she bothering another woman, and that she should not say anything to her (Sonali)

Has Aly ever spoken ill of Rubina?

As for Aly, I never heard him speak ill of Rubina. However, if she even hears him say, she will not speak against Aly because she knows he is a strong player and she will not say anything as she is trying to play her game strongly.

Who do you want to win the show?

I want Rahul Vaidya to win the show, and I also feel that he has been subjected to the happenings inside the house. He truly deserves to win, he is playing a clear game and even though I was his friend, he always tried to correct me as to this shouldn't have been done or this shouldn't have done.

Do you feel the makers are biased towards Rubina?

I feel that Rubina might win, and she has already threatened the makers to leave the show, and even when it came to me, she said that she did not feel safe and she wanted me out of the house and I did come out. I do feel that the show is biased against her.

While Sonali's journey has come to an end, it will now be interesting to see what follows in Bigg Boss 14 ahead.