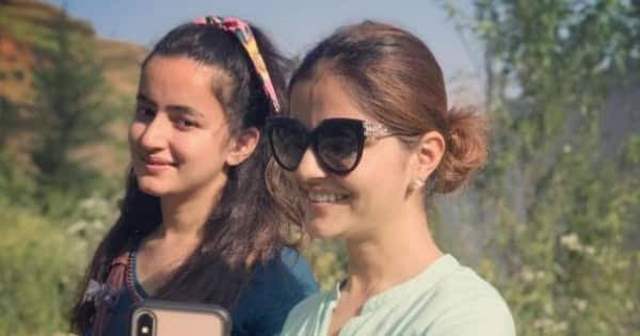 Bigg Boss 14 will witness the connection week soon and entering the house to support Rubina Dilaik will be none other than her sister, Jyotika Dilaik. She had also visited the actress during the family week and it was quite an emotional moment for the Dilaik sisters.

As she will be entering the show soon, she got talking about the show and more to India-Forums. From her fights inside the house to being called dominating, she spoke about everything by and large. Read excerpts from the interview here.

What do you have to say about entering the house?

Going inside the house is rather unpredictable and I don't have a lot of o industry sense, hence I am a little nervous as I am going inside the house as a layman. I have followed the show earlier and the previous seasons, but not like this season because this time, I have watched every single episode.

What do you have to say about her game?

She is playing really well and we never thought she will come this far. We know that she has never followed the show and has no idea about it whatsoever, hence we were wondering how will she play. However, she has done so well and she is playing so well that she has become a really tough competitor for everyone now. I had no idea that these (Rubina and Abhinav Shukla) two will go so long in the show, the audiences have seen how these guys were also asking questions from Salman Khan. The two stuck their way through and as they understood the game, they managed to come so far in the show.

I think that Nikki is really trying to maintain her friendship and others, I think that they keep changing according to the tasks and whatever is going on. As for Rahul Vaidya and Rubina, I mostly find Rubina to be the right one. In addition, it is also true that a lot is about the point of view that people have and how they think and that also happens to be the reason for things that go on and hence the arguments.

Do you think Nikki is doing it because of the popularity?

I think if we talk about the popularity, Rahul also enjoys it, Aly also enjoys popularity, so she could also have continued being with them. She was also friends with them and she could have continued doing the same and I feel that after coming out of, she must have seen what is going on and understood that she is a nice person. Whatever we have seen, it looks like she is genuinely trying to be friends with her.

What do you feel about Rubina and Aly Goni's equation?

I feel that these two have a soft corner for each other but there happen to be such situations and tasks inside the house, that they never do anything. So maybe, they want to maintain their relation.

Rubina has had many arguments with Salman Khan, and seems to be the target on all Weekend Ka Vaar. What do you have to say?

It feels more like a discussion because whatever she genuinely feels, she speaks up. During the press conference also, she mentioned how she feels Eijaz Khan receives more support from Salman Khan and someone else wouldn't have done it, but she admitted to it because she is fearless. I don't think there is anything wrong with being that way. I don't know what the game is, but what I do see is Rubina is always told a lot of things, and others are not reprimanded just as much.

Rubina has been called out for being a dictator, having a superiority complex. What do you have to say?

The words that are being associated with her and the people who have been using it, I feel those words hold true for her as well, because if someone has come into the house, they have to take a stand and express what they feel, or else how will people understand her understanding of the show? Also, she does not abuse like others do, so they don't have anything to say, hence they use such words. If I come to defend her, even I can pinpoint how which contestant was dominating or was wrong at which instance, and it is a game, such things will keep going on.

Jasmin is also going inside, will we see you try to mend their bond?

I think the reason is always misunderstanding, and that is why their friendship came to an end. I would have tried to patch their friendship but the things that I have been hearing that she has been saying, I am not liking it. However, if she makes an attempt to be friends with Rubina again, then I will definitely help as well.

Apart from Jyotika, also entering the house will be the likes of Paras Chhabra, Vindu Dara Singh, Jasmin, and many more.