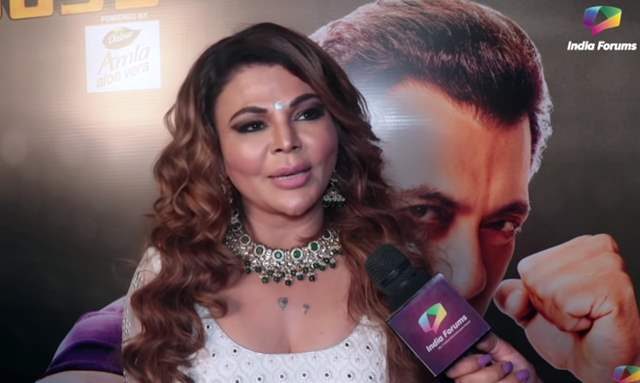 Bigg Boss 14 contestant Rakhi Sawant has managed to win hearts by keeping the entertainment quotient high. Though she did not win the trophy, she was met with a lot of love outside the house and she believes that she will win the trophy one day. However, she is extremely proud of the journey she has had so far.

We got in touch with Rakhi where she spoke about the show, equations in the house, and more. Read excerpts from the interview here.

How has your journey been?

When Bigg Boss showed me my journey, I was laughing and crying both at the same time because we don't know how are people receiving us because we don't know what is being shown outside. One does not know when in the show as to what one move might go wrong and I let myself free, deciding to be the person I am because even at home, I keep making my mother and my brother and everyone around laugh all the time. I wanted to make a comeback and I feel blessed that everyone gave me so much love once again and accepted me once again. When I came outside, I came to know that people are liking me and all I know is I am very happy.

Did you meet Abhinav during the finale, what is your current equation?

We met from afar, but I am not sorry about anything. I told him earlier, that I am getting very bored so is there a problem if I do things purely for entertainment, and I had taken his permission, but later, I don't know why did he change. He did break my heart but it is okay.

How do you feel about Rubina Dilaik winning?

I am very happy that Rubina won, I had a feeling that she might win because she deserves to, she has given a very nice show, she is a known face and she has also done a lot of hard work. Either Rubina or Rahul Vaidya would have won, they both deserved to win.

One moment that you want to live again.

I am going to go inside Bigg Boss every single season and I will not stop until I win the trophy. (smiles)

We bet the fans would be excited to see Rakhi return and eventually, lift the trophy sometime in the near future.