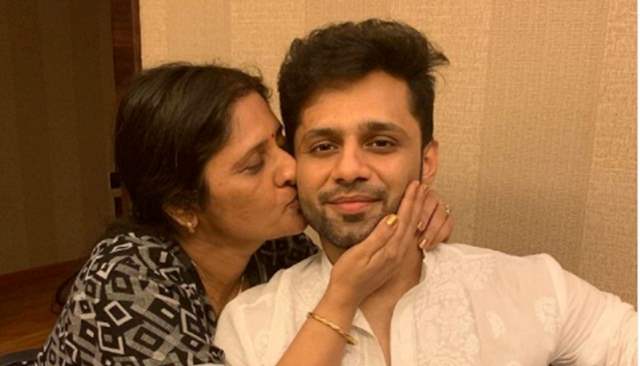 Bigg Boss 14 is all set for a rather emotional week ahead as friends and family will be meeting the housemates, while some will talk to them through video calls. Visiting the house to meet his son, Rahul Vaidya, is his mother Geeta Vaidya and the two shared quite an emotional moment. As has also been seen in the promo, they spoke a little about marriage, while discussing other things as well.

We got in touch with her post her visit, and that's when she got talking about the experience of meeting him, his suggestions, the marriage, and more.

How was your experience of the visit to the house?

I was very excited about going inside the house, it was also very emotional. The amount of time we got, the first few minutes were spent crying, we also spoke about a lot of things and after coming back home, I felt very low. Once he was asked to go back to being a statue, and seeing him cry and bid goodbye was very difficult as well.

What are the updates on the marriage proposal front, did you meet Disha?

Yes, Disha has come home a couple of times, even I visited her house and I also spoke to her parents, and we have had a few discussions about marriage as well, once Rahul is back, we will confirm the necessary, the date, and other things.

Salman Khan has pointed out his behaviour time and again, what do you feel about it?

Sometimes, it is necessary to tell, I feel he does support Rahul, and if someone makes a mistake, he corrects it, so that is okay. As you also asked, everyone can see what is going on, it is visible that there is nothing to worry about, I told him how he is and will a 'sher'.

What is your take on Rahul's voluntary exit from the show voluntarily and were you fine with him re-entering?

I was wondering why did he come back, and that was my reaction even when I say him because he was playing well and suddenly I never thought something like this will happen. But then I asked him and that is when he said how he felt really alone and there was no one to talk to. But later, when he was asked to return, he made up his mind to re-enter, he was also enjoying, of course, so he went again. All I want to say to that is it is good that he came out and went back inside because it would have been difficult for him to do it otherwise. He is very emotionally attached to all of us and going without us 5-6 months would have been a task.

Well, Rahul's journey has sure been an eventful one so far, and post meeting his mother, we are sure he'll have a better game ahead. Meanwhile, fans have also trended the meeting on Twitter as they sent loads of love to the singer!