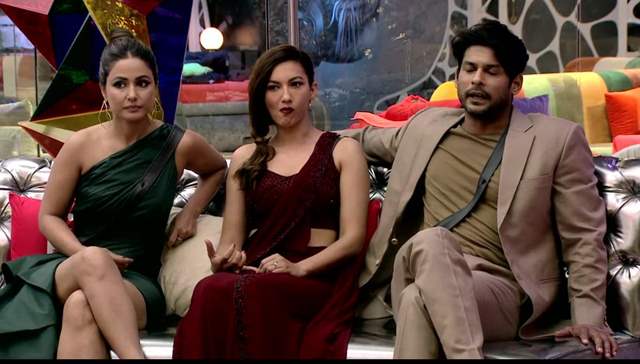 The 'Somvaar ka vaar' is going to witness a lot of twists and turns as the freshers are going to get the final stamp from the 'toofani seniors'. In the latest promo, we see Salman Khan ask the seniors to pick between two contestants on the basis of who they think deserves to stay inside the house and that is when they get talking. While Sidharth Shukla, Gauhar Khan, and Hina Khan, all put their opinions forward, only today's episode will tell what the end result will be.

We see how Sidharth goes on to pick Eijaz Khan when it comes to choosing between him and Rubina Dilaik, however, Hina feels otherwise. In fact, Sidharth also goes on to call Rubina 'dumb' during the task. As the procedure follows, Hina picks Pavitra Punia between her and Jasmin Bhasin, which seems to have left the latter a little upset, and eventually, everyone lays out their pick, while some discussions also follow between the trio of toofani seniors.

It looks like a lot if about to happen in the episode tonight as there will be disagreements while contestants too, will have their own points to put forward. In the middle of all this, who do you think is going to make it to the cut and get approval from the seniors after all? Watch out for the episode tonight!