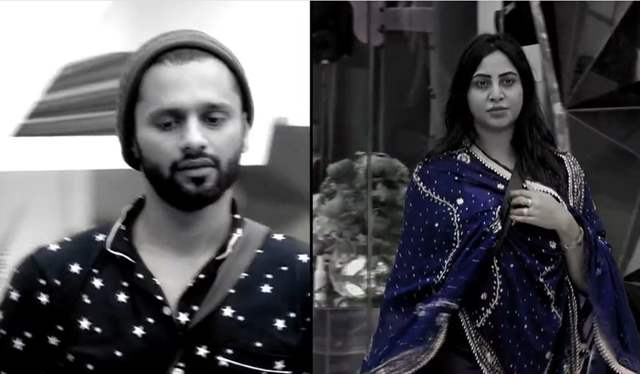 It looks like there are going to be quite a few tiffs inside the Bigg Boss 14 house tonight as one seems to have ended and another has begun. We saw in the promo already how Jasmin Bhasin and Rakhi Sawant are seen getting into a fight, but is it going to be a fun banter or more, time shall tell.

And now, the latest Bigg Boss 14 promo suggests that Rahul Vaidya and Arshi Khan will have a major showdown and get into a war of words. The video sees Arshi call Rahul 'nalla' and that leaves him irked after all. While he goes on to say certain things, Arshi goes around telling Bigg Boss how he has body-shamed her but the singer stands by his words.

Meanwhile, Rahul has already been in the news ever since the Weekend Ka Vaar episode where Salman Khan spoke about his choice to run away from the show. While the singer did request him to not talk about it, it did seem to become quite the conversation, and recently, Manu Punjabi also sided with him expressing his disagreement with Khan's remarks.