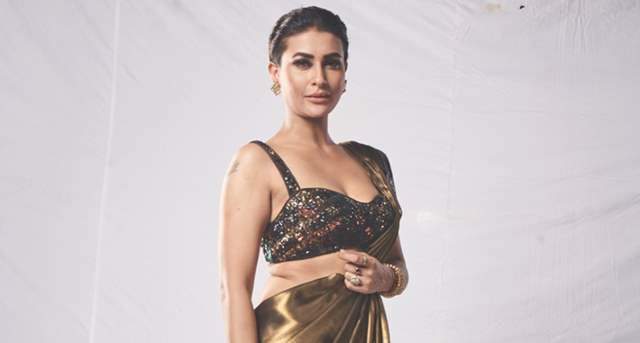 Pavitra Punia's journey came to an end after her 2-month stint in Bigg Boss 14. While the actress has had a roller-coaster ride on the show, she has made sure to do her best, and she has ensured to give her best. While her eviction came across as a shocker to many, she also created quite a buzz on social media as well.

We got talking to Pavitra about all things Bigg Boss 14, her equation with Eijaz Khan, the eviction, and more. Read excerpts from the interview here.

How shocking was the eviction and did you find it unfair?

I'll tell you one thing, it's not about being shocking, of course, it was shocking for me, I was really not expecting that. When I came out, I came to know from friends and the audiences that I was not visible only in the last week whereas I know a lot of things happened in the house in that one week if they deliberately did not show it, I have no idea why didn't they. I did my part, though I was unwell, and everyone falls sick, but it was shocking for me. After me doing everything I could do also, what I saw after coming outside and I did not even have the lowest votes, it was Aly, Jasmin, and Rahul, so they were supposed to go before me, so I don't know. It is their kitchen, they know what they want, and what kind of flavour they want. I am very happy, I came across as a very strong contestant, so all is good now.

You and Eijaz have also had a rollercoaster ride in the house, what is your equation with him right now?

Oh, I am missing him so much, every single day, every minute I miss him. I have spent every single moment of love and hatred with him only inside the house, I am just hoping he is doing fine in the house and that he is not feeling low thinking that I am not around. Because he used to talk to me about such things, and even without saying things, we understood each other, we had that kind of comfort. We were the shoulder to lean upon for each other, talking or not talking, I am just missing him and I really hope he does the best and comes out winning the trophy.

He has become the first contestant to head to the finale, but it was a rather difficult task for him. Did you wish to be by his side in such times?

I was having mixed emotions because of the secret that I came to know and I was shattered and how, the moment they announced that the immunity stone is with him, I was jumping with joy and felt like he is the man, he has got what it takes. The moment he was crying, I was cribbing here and I was also crying with my brother consoling me, but I knew that at that moment, he needed me, and I felt it.

Your equation with Aly underwent a total change, what went wrong?

Jasmin is what went wrong, the only person was wrong inside, it was Jasmin. If anyone came between me and Aly, it was Jasmin and for that, I had a fight also. She did not like me talking to Aly and all that stuff but if she was smart and mature enough, she would have understood that whatever equation they share is different than what we share. If you guys are sharing something at a deeper level, it is none of my concern, but Jasmin used to feed him filth regarding me, and during the task, he also said that she used to say the right thing, and that's when I was wondering how has this bitterness come in between. What I feel bad about is Aly got influenced and he reacted so badly, but like I said, even while leaving the house, we were once friends, so I will not kick him. I always respect people who have been friends or were friends once, but he couldn't do that.

You and Nikki have also shared a strong bond, but they went amiss later. Were you friends to begin with?

I have known Nikki from outside the house and we have also met earlier, I have had a sense of attachment with her since the very beginning, and I was beginning to feel as to why is she behaving like this because she isn't this way, so whatever she is doing inside the house is just for the game, this is not the real her and it was shocking for me. I used to get a lot of warmth from her and I used to share everything with her but by the end, as we were to reach the finale, she changed her pattern and went against me, which I think happened when I said that 'she should have been put int he cage and not Jaan' because it was her fault also. I believe whatever she was doing was in the show, but now it is all gone, because of what she made fun of. I feel if you can't console someone when they are going through something, don't make fun of them either, because I can never care for such people.

A lot of conversation has happened around you abusing Gauahar Khan as well, what do you have to say to that?

No, no, the task that happened, because of which we came out, thankfully Bigg Boss took us back in, whatever I said, it was a sense of fear inside me, and I think I also told the same thing during the nomination as well, that people have a problem because I abused Gauahar and that I should be thrown out of the house, whatever Gauahar did, it was not needed and we could have played it very fairly. Gauahar made an alliance with Hina Khan to oust Sidharth Shukla's team, and she also used to tweet about him during Bigg Boss 13, if she wanted to take it up against him and root for women empowerment, it was visible because fights regarding the same have happened earlier. I could clearly see that she did have a problem with Sidharth and I think the alliance was not needed, and if you also think from the show's point of view, you were there for two weeks and you were supposed to guide us, so you were supposed to also think about the show's point of view that his team had 3 contestants and it is not healthy for the show to oust them, but she did not think about it. When we were out, what I did was a loud reaction to her action, I only regret that I should have controlled my abuses, but I still have that anger inside of me. It was all in line with the task, I have no enmity with her, it was just a result of the aggression that was built up during the task.

Rubina and Abhinav spoke about the issues with their marriage, people have been talking about it, how it was just for the show. What do you have to say about it?

I'll tell you something, people tend to judge others and they don't know how to motivate them but only know how to lower their morale. However, two people, or anyone, who is going through a tough time, it is their wish as to how do they want to live with it and how much of it do they want to show. If they were in Himachal and on a tour, everyone else has different ways to deal with, so it is no big deal. The fact that they did not disclose it, it is their matter, and one doesn't have to be judgemental for that. Only for an immunity stone, no one is going to say such things and the justification to this was already provided when Abhinav was annoyed and asked Rubina as to why did she speak about it now when they have not told anyone all this while. So, if people want to analyze things, they shouldn't hold onto just one thing and see both sides of the story.

Who do you see going into the finale?

I don't know about the top 4, but I know that Eijaz and Rubina are going to make it to the top 2.

With the finale in just a week, we bet fans are excited to see what's in store ahead!

A HUGE FAN 1 months ago Pavitra Punia rocks. Never should have been eliminated.