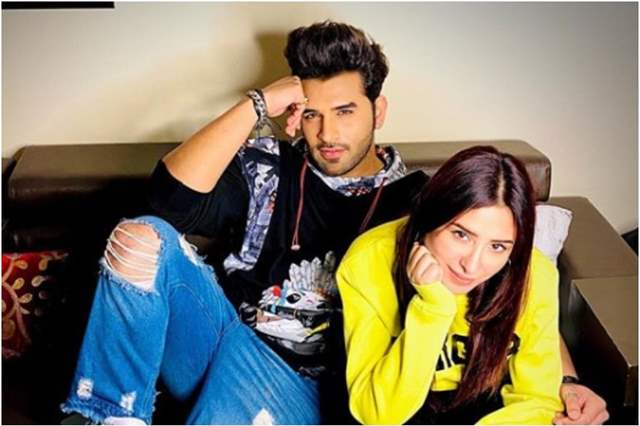 Bigg Boss14  ke Asli Fans ka Asli Adda is back with the latest episode featuring the recently evicted Jasmin Bhasin. Host Karan Wahi welcomed the strong contender, who recently exited the show after a tumultuous stint in the Bigg Boss 14 house. She discussed the ins and outs of the show and mentioned that “Bigg Boss keh ghar har main sab against khel rahe hote hai ek dusre ke so they bring out the worst in you. Sabki koshish yehi hui.” On the flip side, she was the happiest and most confident in the house when Aly entered the show, stating “Aly aaya toh saans mai saans aane wali feeling aayi but at the same time agar Aly nahi hota, toh mai iss se kahi zyada ladaaku hoti”.

On being questioned about her much debated feelings for Aly, she revealed when Aly left, that was the moment she felt how strong their bond is, saying “Aur denial main nahi jeena and accept kia. Jaise hee bahar agayega mai sab tayyar rahungi- aate hi shaadi. “

In terms of the other housemates, according to her, Eijaz is someone very intelligent and clever so has a chance of winning the show. Rubina is another headstrong contender, who is clever, intelligent and knows how to manipulate smartly. About her game, she said, “Rubina ka dimag bahut tez chalta hai., Unko pata hai rishto ko kis tarah , kiske through kisko apni taraf modhna hai” and hence she has strong chance of winning the show. She felt that husband Abhinav’s positive nature neutralizes Rubina’s negative nature. Had Abhinav not been in the game, she would have said a lot of hurtful things to others in the house, Abhinav’s presence softens her sharp tongue. Jasmin realized that Rubina and not Vikas is the actual mastermind in the house as she knows how to manipulate people tactfully.

Predicting the next evicted contestant, she felt Sonali would be next. During one of the games, she mentioned that her best moment inside the house was from the day when Aly entered the house and the sweetest gesture someone did for her inside was from Abhinav, who made tea for her every morning.