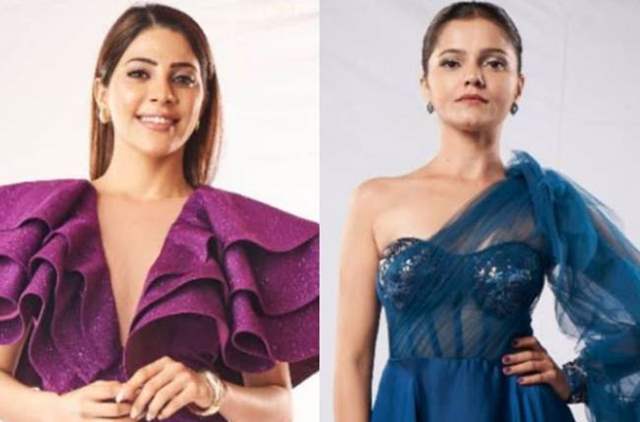 Bigg Boss 14 contestant Nikki Tamboli has constantly been in the news and recently, her mother Pramila Tamboli spoke about her daughter's bond with Rubina Dilaik and Abhinav Shukla. Meanwhile, she also spoke about how their popularity is not one of the reasons she has been supporting them and that it has more to do with her watching a few episodes when she was evicted. She added how though she has always been a loyal friend to the likes of Rahul, Jaan Sanu, but never received support. She also feels the same about Aly Goni. Adding how even Nikki needed someone, her mother mentioned that Rubina and Abhinav stood by her and she genuinely likes them.

Talking about her fight with Devoleena Bhattacharjee, she mentioned that she is trying to create a rift between them and tried to convince Rubina and Abhinav that Nikki is using them but they never left each other's side. She said, ''Rubina and Abhinav are the only contestants who have not come out. They are not even aware of the love they are getting. It is people like Vikas Gupta and Devoleena who are trying to brainwash people inside the show. I love to see Nikki, Rubina, and Abhinav together.''

Among other things, she also spoke about how she is called badtameez because she gives it back while Rakhi Sawant, Arshi Khan, Devoleena, or Aly are not called out for their behaviour. She added how Nikki does not go around picking fights but she does give it back when people make comments. She feels that Nikki is targeted every time even when she has only reacted a couple of times. She also questioned how Rakhi was never pulled up for abusing Nikki and made comments. She mentioned that because she does not play the woman card or make a big deal about things does not mean one can say anything to her.