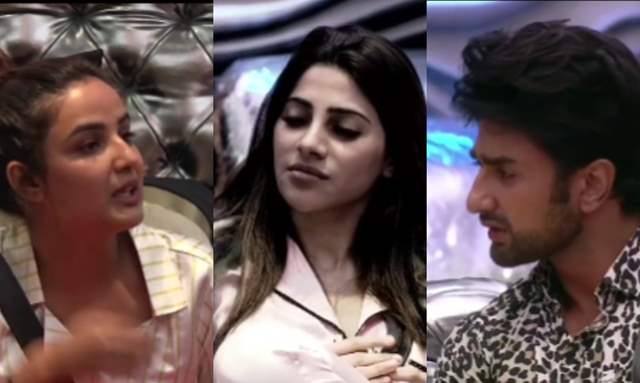 Bigg Boss 14 has been bringing about interesting twists and turns with the way things have been going forward and as it turns out, tonight is going to be another twist. As is already known, Nikki Tamboli has become the first confirmed fresher this season as she won her task and also impressed the seniors, however, as it turns out, Bigg Boss will now give the rest of the contestants, a chance to decide if she deserves to be confirmed or be moved back to TBC (to be confirmed).

Now, we see that the seniors are left in shock while Nikki is also visibly upset with the announcement. Meanwhile, the promo sees Jasmin Bhasin, Nishant Malkani, and Jaan Sanu reason why she does not deserve to be a confirmed contestant. On one hand, Jasmin points out how her personality keeps changing and on the other, Nishant has his own reasons while Jaan says that she has got a sense of attitude after becoming a confirmed contestant.

Well, it looks like this was the 'scene paltega' moment for this week because no one saw this coming after all. What do you have to say about it and what do you think is going to happen in the episode tonight? Drop your comments below.

zee112 4 days ago I kind of wish Nikki does become TBC again bcz she became overconfident this week.